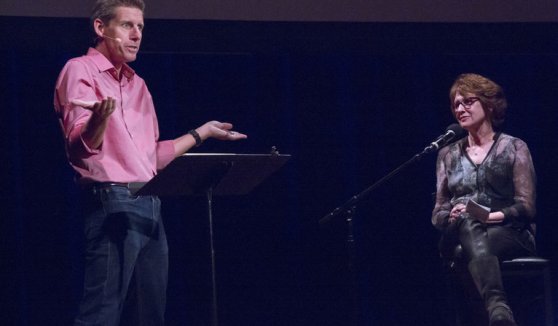 On last night’s episode of the public radio show Marketpace, host Kai Ryssdal spoke to writer Delia Ephron. The excerpt from their live interview that got broadcast is entertaining (listen; it’s less than four minutes long), but there was one part in particular that caught our attention.

Ryssdal invoked Delia’s writing partner and late sister Nora Ephron: “I want to talk about collaboration and this idea of taking two and making one. You guys became a team. How do you do that?” Delia started with a joke — “Nora always said that we shared half a brain” — but soon got to the important truth behind the joke: “The great thing about collaboration is that you don’t need to know everything. You just need to know a certain number of things. If they know the other things you need to know, you don’t need to. It’s really fantastic.”

We agree wholeheartedly. Or, in the words of the Collective Next cards, Don’t Go It Alone.