We kicked off the year promising to deconstruct the process of meaningful change. And we noted that meaningful change requires designing strong and intentional solutions to address business challenges. Below is the sixth installment in our current series that focuses on how we support this design process through Collective Creativity.

The Design Museum Boston just opened an exhibition showcasing designs generated during their recent Urban Innovation Festival. This festival invited innovators from multiple industries to participate in a 3-day urban design challenge focused on the area under Boston’s I-93 overpass. Their mission: “to improve the livability of the surrounding neighborhoods.” Ten design teams – Autodesk, Bose, CBT, Essential, Fidelity Labs, MassArt, Payette, Shepley Bulfinch, Stantec, and Wentworth worked on-site in public view to solve this challenge. Collective Next had the pleasure of facilitating the event and being inspired by the level of collective creativity on display. We checked-in with Liz Pawlak, Vice President of the Design Museum Foundation, to discuss how and why she believes the participants were able to collaborate so successfully. Below is our conversation with Liz:

Marsha Dunn: How did the idea for the Urban Innovation Festival develop?

Liz Pawlak: We are not your typical museum; we take a nomadic approach, turning the whole city into the Design Museum, and so we are always on the look out for ways that design can have a positive impact on the urban environment. The idea for the Urban Innovation Festival emerged when we were given a tour of Boston’s I-93 overpass. It was immediately clear that this location offered an opportunity for design to play a role in uniting communities and improving the livability of the city. The idea of a design charette or hackathon grew out of our desire to include as many people as possible in the process.

Marsha: And where was the event held?

Liz: In order to underscore the connection between design and location, we came up with the unique idea of having the three-day hackathon held under the overpass. Participants were surrounded by the sounds of highway traffic and in close proximity to the surrounding neighborhoods. We wanted to emphasize that the design challenge was about this community, this space, and concrete solutions. 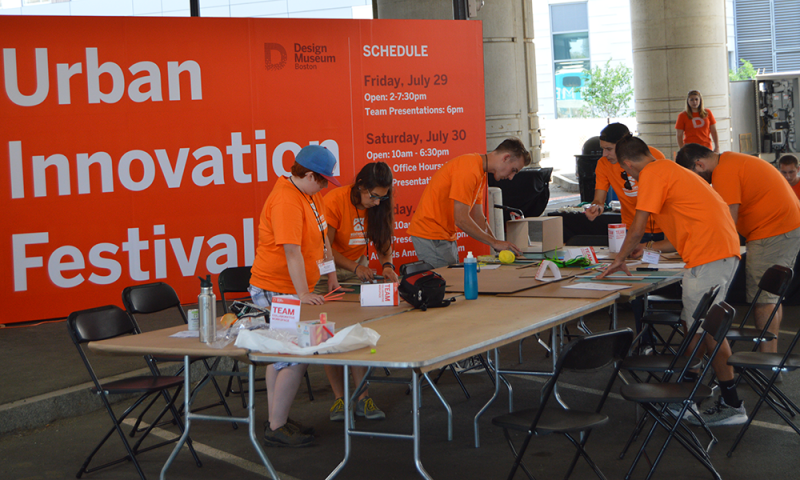 Marsha: Did you have a particular vision for the role of collaboration and collective creativity?

Marsha: What were some of the ways that you saw teams collaborating internally?

Liz: Each team employed different tools and materials in their process, but they all socialized individual ideas with the larger group, whether by sharing computer screens, drawing on whiteboards, or making lists and sticking up post-its. The team backgrounds ranged from design thinking to architecture and engineering, but their design processes all centered on sharing and iteration. 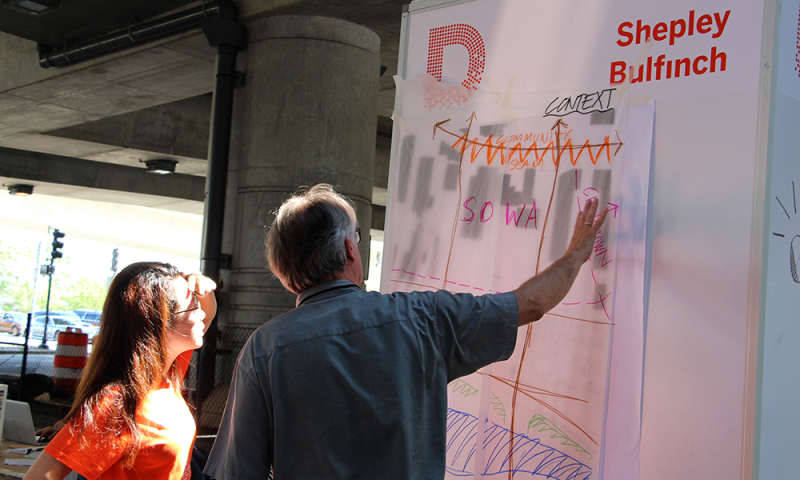 Marsha: But the teams were also in competition with one another, right? Did you see collaboration occurring at a cross-team level?

Liz: It was a competition, but the spirit of the event was about collaboration and connection. On the first day, a team member ran over to me and asked excitedly: “Can we work with other teams? Are we allowed to partner?” I said, of course! The point was to come up with the best possible solution.

Marsha: You also instituted a number of practices to help foster a collaborative approach.

Liz: We had teams pitch their ideas at the end of each day. Rather than shrouding plans in secrecy, we wanted teams to hear from one another about what they considered the biggest challenge. Some teams focused on transportation, others on safety, etc. I believe the diversity of perspectives inspired teams to be more expansive in their approach. For example, Bose looked outside the realm of sound to a solution focused on light projection. 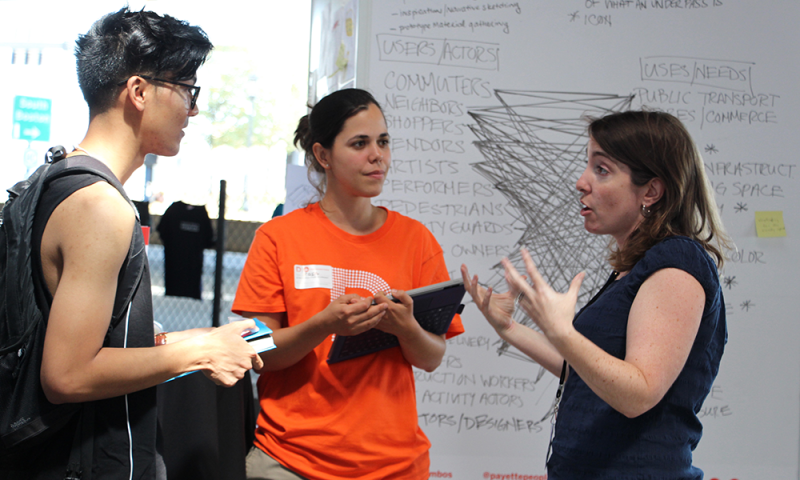 Marsha: You were also intentional about the role of the judges in the festival.

Liz: The five judges participated all weekend, not just during the pitches. And they were positioned as mentors. They also had diverse backgrounds: we had a landscape architect, a city employee, someone from the innovation space.

Marsha: Can you describe the community’s participation in the creative process?

Liz: Each team was paired with a community advisor, someone who lived in, had grown up in, or worked in the neighborhood and knew the area well. 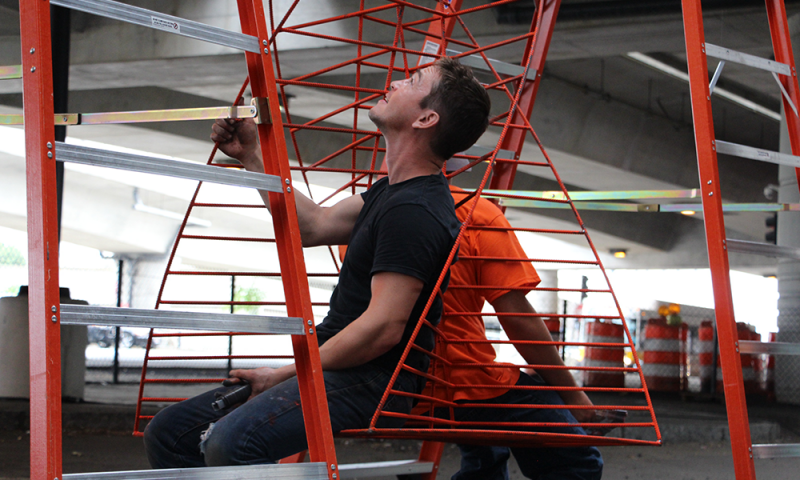 Marsha: And beyond the community advisors, you also opened the festival up to the general public.

Liz: The event was completely public; people were invited to listen in and provide feedback. We had mechanisms for bringing them up to speed quickly so they could offer meaningful feedback.

Marsha: It strikes me that you drew upon collective creativity in the broadest sense: collaborating across disciplines and across teams, as well as with the community and the environment itself.

Liz: Working in an open environment that allowed you to see what everyone was designing put the emphasis on developing the best possible solutions rather than taking down another team. 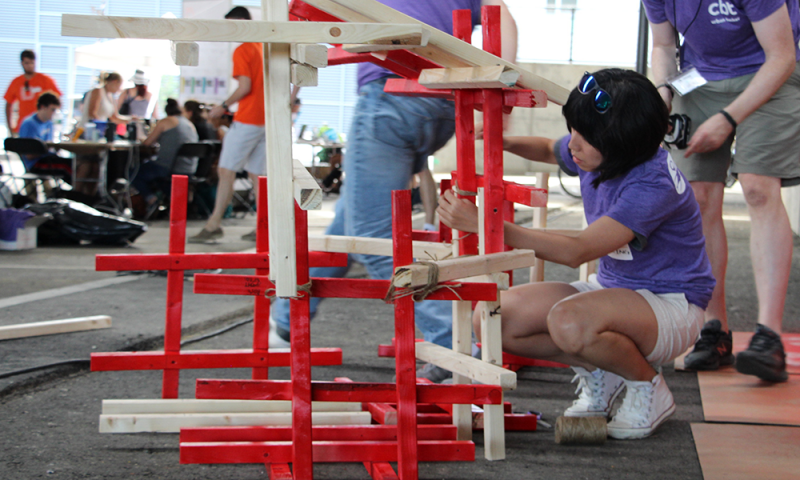 Marsha: In light of this event, and just more generally as someone who thinks about the design process on a daily basis, how do you think about collective creativity as compared to individual creativity?

Liz: When the challenge is really complex and multi-faceted, the more minds the better. With a collective approach, you get a diverse set of perspectives working on and rapidly iterating the solution, which is invaluable. 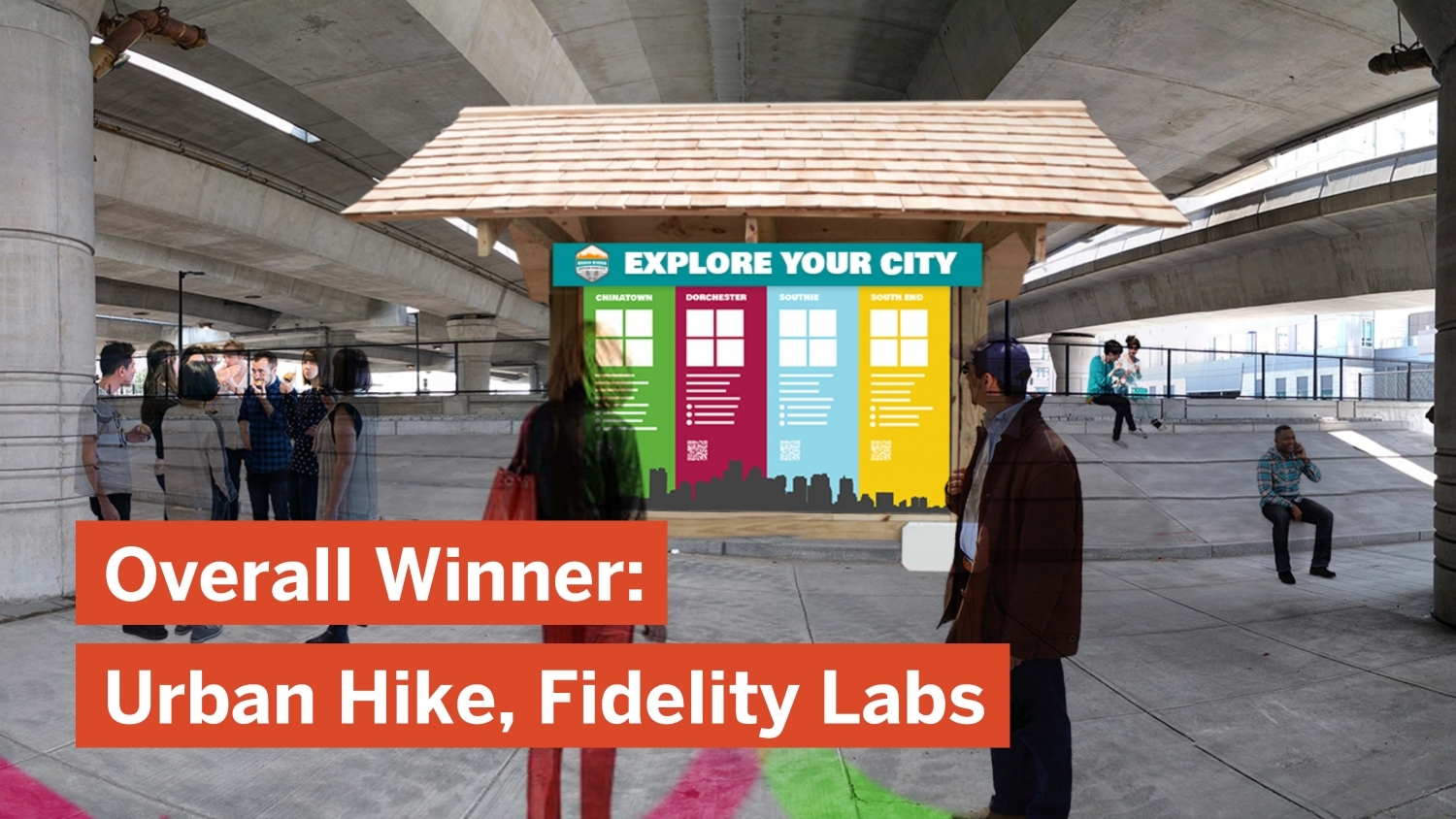 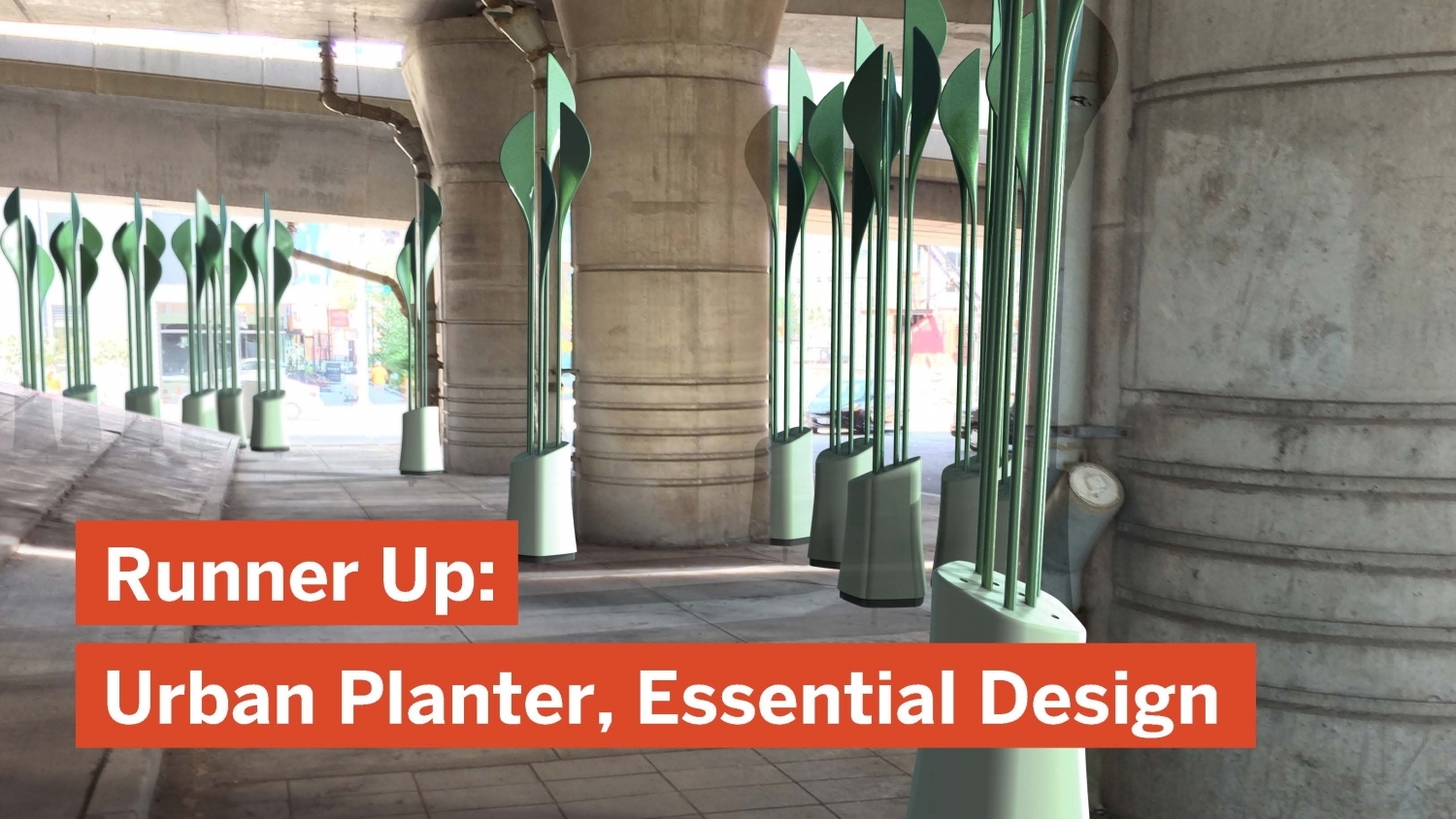 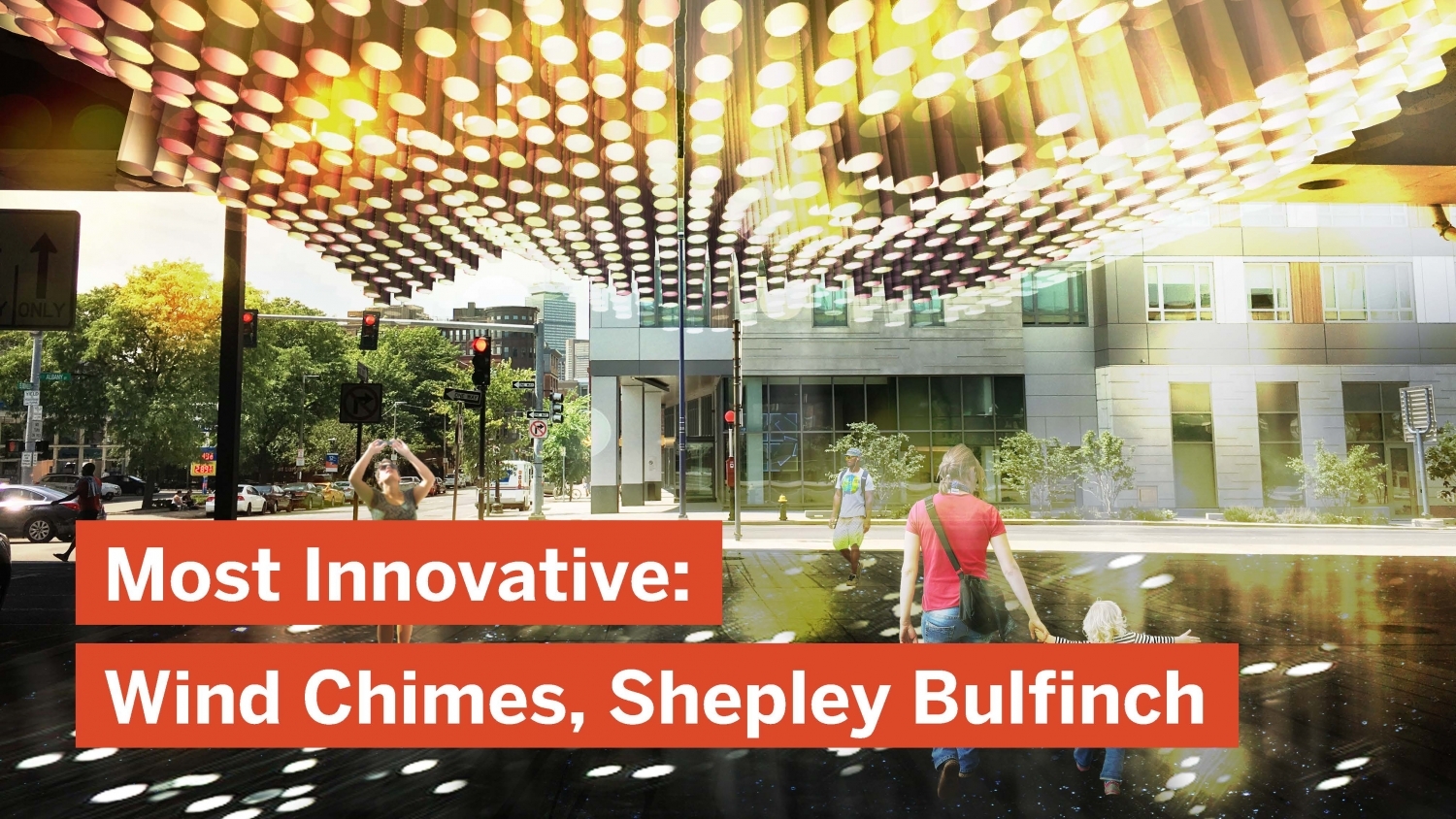 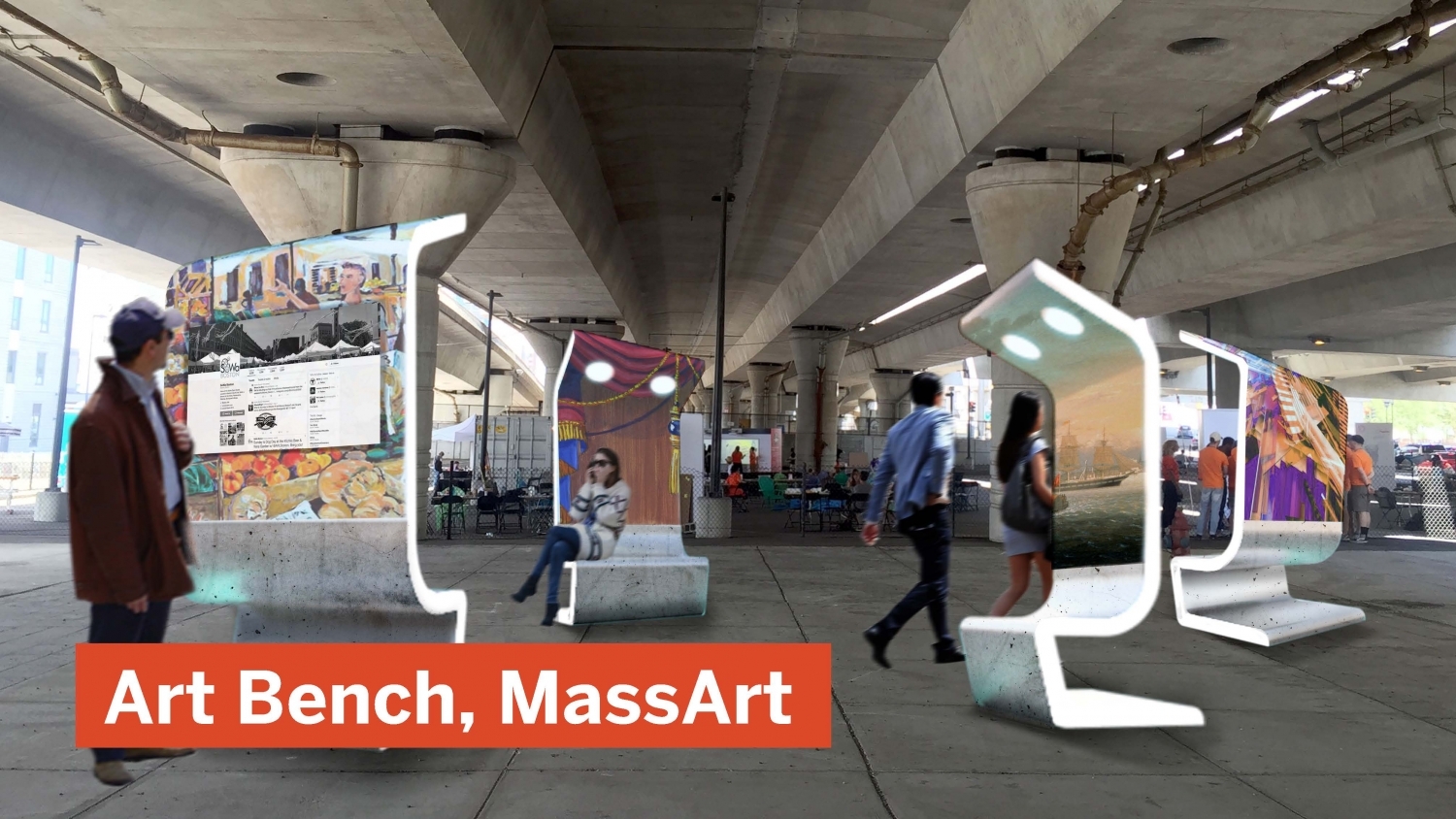 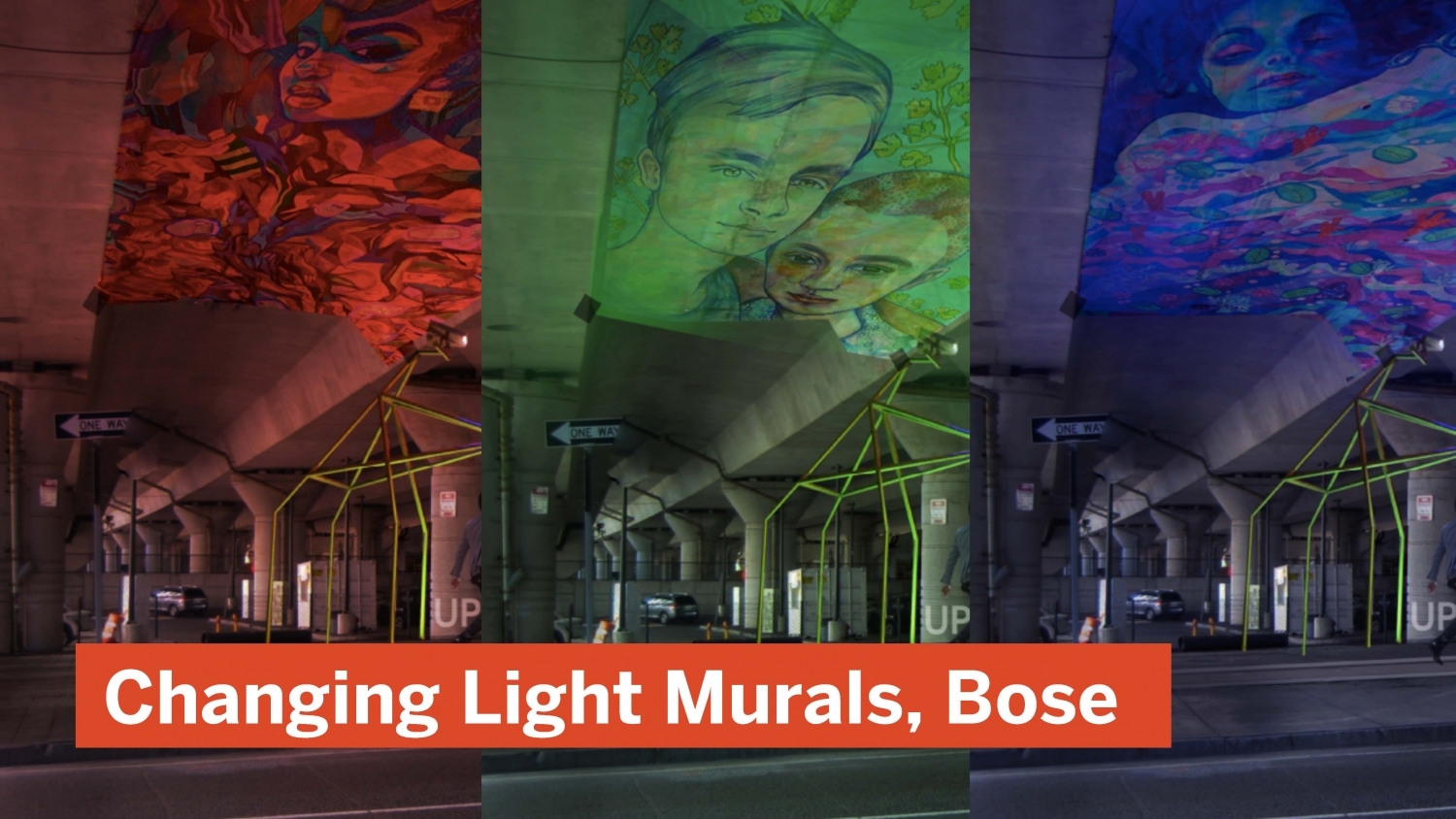