Playing for a Change: An Interview with Doris Sommer on The Work of Art in the World | Collective Next

This is the third installment of our series on The Aesthetics of Change. Over the next month, we will continue to explore how art and design facilitate change at the personal and organizational level through interviews and dialogue.

Imagine it is 1994 and you have just been elected mayor of Bogotá, Colombia, a city considered the most dangerous in Latin America. Imagine you are faced with the challenge of making a city plagued by corruption and violence safe again. Imagine esteemed politicians, economists, and social scientists have all thrown up their hands in defeat. What would you do?

And yet, that is exactly what then-Mayor Antanes Mockus did. He began a campaign of “cultural acupuncture”, the strategic use of artistic interventions to relieve points of social pain and unrest. Mockus replaced traffic cops with mimes who poked fun at pedestrians who were jaywalking. He printed thumbs-up and thumbs-down cards that drivers could flash in response to traffic behavior as a way to “mutually regulate a public sphere.” He had stars painted across intersections to mark the sites of traffic fatalities. To address the issue of domestic abuse, Mockus organized rallies in which tens of thousands of people held balloons painted with the image of an abuser. Then, in a moment of collective catharsis, the balloons were burst. 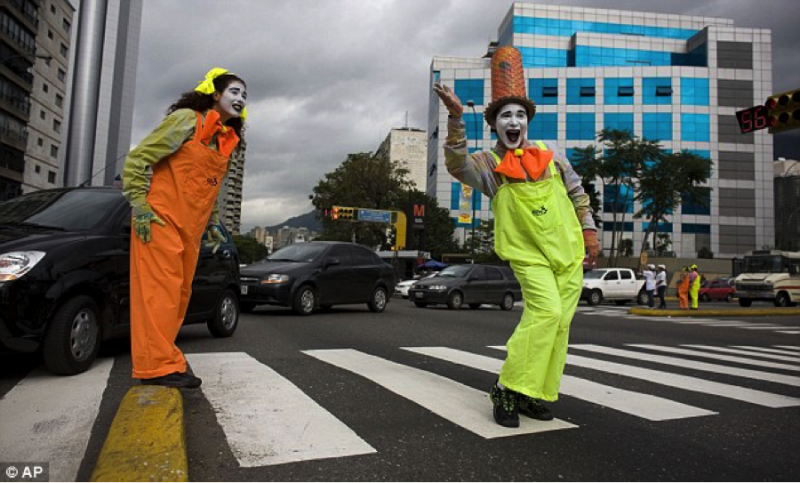 Traffic mimes in action at an intersection in Bogotá, Colombia.

The case of Mockus suggests that when we ask ourselves how to problem solve, how to create meaningful change, how to bring about lasting transformation… art should come to mind. At least that’s what Harvard Professor Doris Sommer argues in her recent book, The Work of Art in the World (Duke University Press).  Sommer has spent years thinking about the intersection of art and change. She has identified, theorized, and catalyzed remarkable examples of the transformative power of aesthetic experience, like Mockus and many others.

I had the opportunity to interview Sommer this Fall to discuss the ideas that animate The Work of Art in the World.

Marsha Dunn: Your exploration of art and social change stretches back many years. I know you launched the Cultural Agents Initiative at Harvard as a way to champion collaborative efforts to bring about change through the arts. You describe “Cultural Agents” as individuals engaged in creative activities that contribute to the transformation of society for the better.

One of the many striking examples in your book is Director Augustus Boal. Boal transforms his theater into a public forum for staging social issues as a means of collectively seeking alternate solutions. You also discuss Artist Pedro Reyes’ installation piece, “Guns into Shovels”, in which he literally transforms guns into shovels by incentivizing the surrender of weapons and then recasting the metal into a work of art. And, of course, you lift up Mayor Mockus as your mentor. What are the common threads running through the experiences of these cultural agents? What can we learn from them that is applicable to our daily, perhaps smaller scale attempts to bring about change? 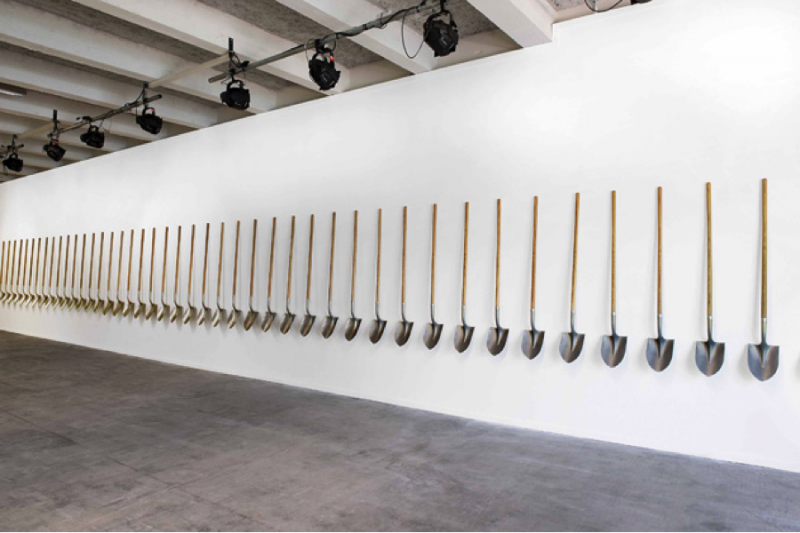 Image of the shovels created as part of artist Pedro Reyes’ “Guns to Shovels” project.

Doris Sommer: The importance of play. That is the through-line. Mockus and the others perfectly draw upon what philosopher Friedrich Schiller refers to as Spieltrieb—the human drive to play. If you skip over play to get to the supposedly serious business of problem solving, you do so at your own loss.

MD: Can you say more about what you mean by play—and how it connects to art?

DS: We tend to think of reason as being opposed to passion, emotion, and pleasure. And we think we need to bracket everything outside of reason to solve problems. But in fact Mockus and others teach us that some problems can’t be solved by reason alone. Play is a state in which we engage all of our apparently opposing faculties of passion and reason into an energy that can create new things, new concepts, and new interventions.

MD: And art allows us to play?

DS: Certain aesthetic experiences create the conditions in which we enter into a state of play. Here, reason and passion can play together and egg each other on and conflict with each other in productive ways. Crucially, this whole experience of play is deeply pleasurable, in part because we discover that we have a faculty that can coordinate conflicts and derive creative solutions. The fact that it is pleasurable allows one to stay with the activity.

MD: You mentioned you recently gave a keynote speech at The Association for the Study of Arts of the Present (ASAP), at which a colleague mentioned a perfect illustration of the interconnectedness of play, productivity and pleasure.

DS: Yes, a young colleague whose daughter attends a Montessori school. The 4-year old daughter delights her father because she talks about her school play as work. She is playing with beads, acorns, blocks, colored fabric, but whatever she does is work, but it is always pleasurable and holds her attention.

MD: Pleasure is a major theme in your book.

DS: Pleasure is not a lightweight phenomenon. It is not merely a distraction. Mockus says simply and clearly that without pleasure nothing significant happens. And certainly without pleasure there is no lasting cultural change.

MD: In the West, and in the United States in particular, we are interested in “results” and “efficiency”; we think about change as something to “get done.” But you insist that play and pleasure are in fact essential ingredients in making change happen?

DS: I emphasize pleasure because we underestimate its intellectual and economic purchase. We have inherited a Calvinist superstition, and I really think it is a superstition, the belief that the recipe for modernization is to grit your teeth, bear it, and delay pleasure. Those of us who do interventionist work need to make sure that recovering the efficacy of play and by extension pleasure are on our collective agenda.

MD: On the Cultural Agents Initiative website you featured a story about the mayor of Tehran who replaced all of the ads on billboards with images of works of art. Suddenly the congested roads became a site for taxi drivers and their customers to talk about art and ideas rather than complain about weather and traffic. This example succinctly illustrates the process you describe, of how our collective experience of art moves through several phases.

DS: According to Schiller, aesthetic experience always begins with a personal, subjective moment. It starts with a surprise for which you have no words, no concepts, no moors, no anchors; you are so delighted and confused that you have to think about what you have just encountered—so reason and delight are made to play together. Then after you think about it you need to talk about it in the company of others, you need to find a new language for what you have encountered. This process is the mechanism for generating new concepts and innovations. Eventually that inter-subjectivity ripples out into extra artistic institutions and practices, new collectivities.

MD: This relates directly to your claim that “Success in art as in everything else depends on co-production.” In collaboration, art becomes capable of effecting change. You say, artists who act as “Change Agents” move “…from one field to another as they gather forces. They pursue a project from its aesthetic or political starting point onto contiguous maps to recruit professionals in order to achieve real social results. One pressure point leads to a repercussion and then to others, as the artwork becomes a vehicle for unscripted ‘melt-ups.’”

DS: If you look at vanguard movements in Latin America and elsewhere you will always find that they arise not just from individuals, and not just from groups of artists, but from collaborations between artists, pedagogues, doctors, lawyers and everybody else. The intelligentsias that make up these vanguards are never homogenous. It’s doctors talking to architects who are talking to musicians, etcetera, etcetera.

MD: You make the point that such collaborations and innovations feed on one another.

DS: The wonderful and hopeful thing about Schiller is that from play emerges a new form, a new containing frame, something beautiful, graceful and coherent. It is a new container that will in turn open up to another. It is generative and boundless.

Doris Sommer, Director of the Cultural Agents Initiative at Harvard University, is an Ira and Jewell Williams Professor of Romance Languages and Literatures, and of African and African American Studies.  Her academic and outreach work promotes development through arts and humanities, specifically through “Pre-Texts” in Boston Public Schools, throughout Latin America and beyond. Professor Sommer is recognized as one of the world’s leading developers of the concept of cultural agency.

Collective Next’s blog Editor, Marsha Dunn, is responsible for our current series on The Aesthetics of Change.