Create Your Own Genius Cluster | Collective Next

Back in February, our Matt Saiia wrote a post about Three Ways to Make Your Company More Innovative. In it, he noted that you’re a lot more likely to see innovation when people and ideas have lots of chances to bump into one another.

In art, as in other fields, there’s the myth of the solo genius. But some of the greatest periods of innovation in art history have come from vibrant communities of discourse. Think about the great art movements – Impressionism, Cubism – they’re movements. It wasn’t just Monet or Picasso. These movements were full of likeminded superstars and near-superstars who could inspire one another, argue with one another, and come up with ideas that they never would have come up with if they were working totally solo. Artists would literally bump into each other in studios and cafes, and as a result ideas their ideas bumped into each other, too.

Our headquarters is in downtown Boston. Up the road in Concord 150 years ago, you would find some of the greatest American writers ever – Louisa May Alcott, Ralph Waldo Emerson, Nathaniel Hawthorne, Henry David Thoreau – all neighbors at the same time. Each of them did work that influenced the other; each of them encouraged and edited one another. How close were these people? When he wasn’t in his famous cabin in the woods, Thoreau babysat Emerson’s kids. Pretty close.

And it’s not just art where this can happen. Think of how the Internet revolution has been accelerated by the fact that so many of the breakthrough companies are located in clusters like Silicon Valley or Cambridge and Boston. The clusters promote innovation within companies, of course, but they also create the conditions for inspiration across companies.

Historians call these “genius clusters,” a statistically unlikely consolidation of inspired voices who come together with a shared purpose. Even in their solo work they create something that would have been unimaginable without the input of the other great ideas surrounding them.

How do you make your company the natural home for a genius cluster? Obviously you need intelligent and creative individuals, but successful companies have that already. The trick is building strong social networks that are diverse and accessible, establishing pathways for those individuals and their ideas to play off each other. True disruptive innovation usually happens in the horizontal rather than the vertical, in the intersection of ideas. To foster an innovative culture, leaders need to build cross-knowledge-pool networks. That way, your people will be able to tap in to other types of problem solvers when they face difficult challenges – the sorts of challenges that are more complex than one person can deal with. They’ll be open to new ways of seeing and doing.

That example of Concord in the mid-19th-century is close to us, both physically and by disposition. So we were delighted last weekend, when scanning the radio dial in the car, to hear on the local public radio station a show focusing on that genius cluster in Concord. The show’s host, the venerable Christopher Lydon, started out by calling Concord “the birthplace of the American mind. Five houses on three streets  within a period of five years in Concord launched American literature and poetry, the environmental movement, progressive politics, feminism, and new ideas about religion and education. Emerson, Thoreau, Hawthorne, Margaret Fuller, the Alcotts, and their friends and neighbors.” It’s a terrific, energetic conversation that captures much of the excitement around what may be our country’s greatest genius cluster, when breakthrough ideas bumped into each other every day. What are you doing to create an environment where that can happen. 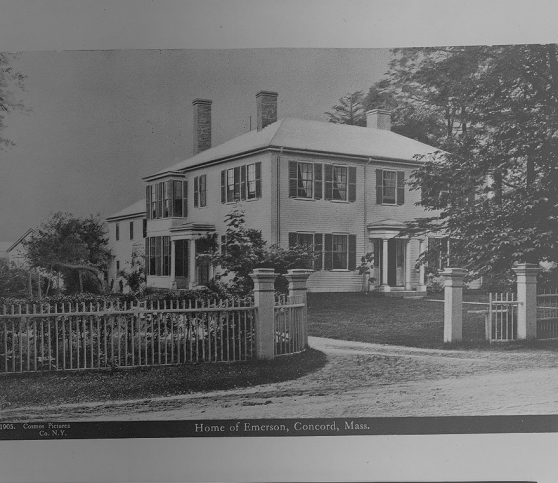