All Hail the Best American Infographics | Collective Next

We’re not involved in it (well, not this year, anyway), but we want to direct you to a book that both captures much of what we’re interested in at Collective Next and exemplifies an important trend, The Best American Infographics 2013.

The collection, compiled by Gareth Cook and featuring an introduction by David Byrne (who we’ve covered on this blog recently in another context), accomplishes two things admirably: it collects many diverse, occasionally beautiful, and intermittently useful infographics, ranging from matters as important as Google’s flu predictions over time to those as amusing as how the Breaking Bad body count breaks down. There are hundreds of examples here, some more pungent and provocative than others, and it’s fun to argue which ones work and which don’t, but as a whole they show how embedded infographics have become in current reporting and storytelling.

It’s easy to be cynical and suggest that a book like this is just an artifact of the moment, something like Best American Tweets or Best American Memes. Yes, infographics may be trendy, but the best infographics, like many of those included here, make our world bigger and smarter. Also, for what it’s worth at a time when it feels like everyone you know reads only on devices, this is a real physical book that doesn’t appear to be for sale in any digital form. The binding is well-made, but we’ve had this for only a few days and the spine on our copy is cracking already. It’s that good. 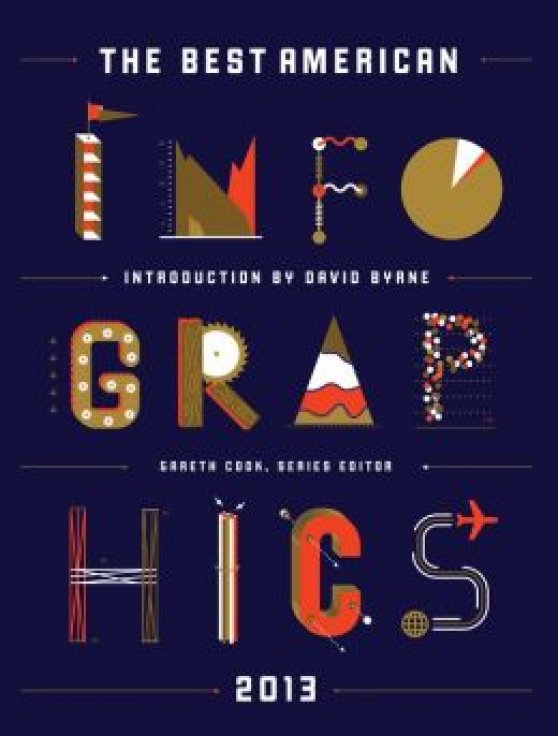