Why I (Still) Go to TED | Collective Next 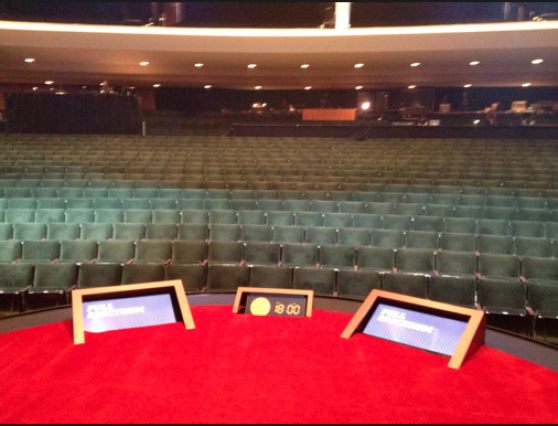 As another TED begins, there’s nothing more fashionable than poking holes in it. I’m going to take this year’s conference as an opportunity to share what I, Collective Next, and our clients get out of it.
TED brings to life the Albert Einstein quote that “We cannot solve our problems with the same thinking we used when we created them.” If leaders want to think differently, be innovative, and catalyze more creativity in their organizations and themselves, the first step, before anything else, is to expand your learning horizons. You can’t think at a level different from where you learn.
That’s one of the three primary reasons I still go to TED. The programming it puts on the stage is big, diverse, and provocative. It forces me to think about things I don’t normally think about. It forces me to think at a different level. If you want to be an effective leader, you always have to be learning.
What people who haven’t attend a TED might not get is that the conferences are not about the individual talks. TED is about immersing yourself in a broad base of ideas. It’s what the novelist Milan Kundera terms the “spaces between words.” Think about it this way: When two people are talking, they don’t merely share information. Person A doesn’t say all he knows to Person B, and vice versa, and then they both have the same information. It doesn’t work that way. In real life, what Person A says usually goes a bit past Person B, Person B responds to the part of what Person A that he understands, and then what they both know is not A+B, but some C that they developed going back and forth, a C with elements of A+B but with plenty new that emerged from their interaction. TED is built that way, too. TED is a place where you can combine ideas as they fly by, letting new ideas emerge that wouldn’t have been possible without the gap between what you heard and how you responded to what you heard.
TED’s method of curation, the way it mashes things together, provides plenty of “spaces between words,” unexpected opportunities for new ideas to emerge. By the end of the week, you gain a deeper level of connection that only comes between things, not within things. Am I ever going to directly apply knowledge from individual talks in my work? Probably not. Will I make use of these new ways of understanding? Definitely. TED equips me to serve as a better facilitator of change inside client organizations. TED lets me help clients focus not only on the value of the one thing they’re creating right now, but the value between the many things they are creating.
Third, in TED I’ve found a likeminded community of thinkers. At TED or anywhere else, people should put themselves in positions where they’re learning more broadly, forced to be deeply immersed in a broad base of things, which is ultimately the foundation of invention, innovation, and creativity.
TED is its own form. It’s not a presentation, not a lecture. Don’t take in a TED talk as a substitute for education. Its goal is to catalyze, not educate. It wants to provoke thought and curiosity. It doesn’t answer all of my questions, but it sure begins the process of helping me figure out which questions are worth pursuing. And that’s why I’m happy to be in Vancouver this week for TED.
TAGS: creativity, innovation, learning, TED
Back