At a day-long session recently, we broke the full group into smaller units that could work through some exercises more effectively. One of the exercises was a standard one: explore what you want your company to look like a few years in the future and consider what you had to start doing and stop doing to get there. As I floated from room to room, looking at what participants had written on the walls, and listening to them talk to one another, I heard a lot that was specific to the company, but I also heard something more general. In particular a heard variations on, as one person said directly, “What did we stop doing? We stopped doing PowerPoint.”

It is fashionable nowadays to hate PowerPoint. Our generation’s leading prophet of information design, Edward Tufte, makes a strong case that it is corrosive to thought. Apple and Prezi, among others, have built alternatives. Garr Reynolds and Nancy Duarte are the most inspired of many who have made their names improving the practice of PowerPoint and PowerPoint-style presentations.

Anyone who wants to make sense of what someone else is saying or writing has to pay attention not only to the text but to the subtext, too. You have to hear what the person says but also to what the person really means. As I read and heard the other changes participants built around their desire to abandon PowerPoint, I realized that, for many, PowerPoint presentations represented the way they had to work with senior management. They didn’t like PowerPoint, but even more than that they didn’t like an environment in which they had to pitch nuanced ideas via an arbitrary number of bullet points that couldn’t help but dumb down those thought-out, complex ideas. When they said they wanted to stop using PowerPoint, what they really meant was they wanted to kill a working environment in which PowerPoint was the prescribed way to communicate. They didn’t hate PowerPoint so much as what PowerPoint exemplified about their organization. 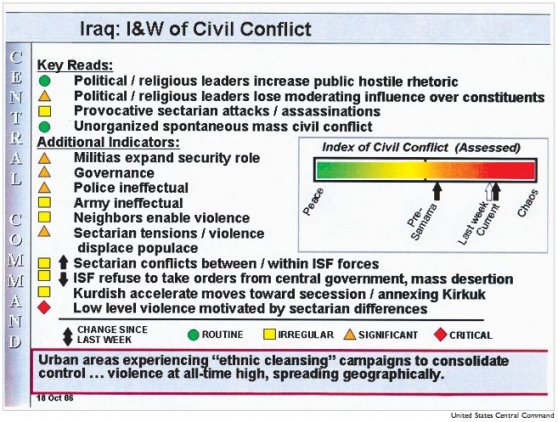