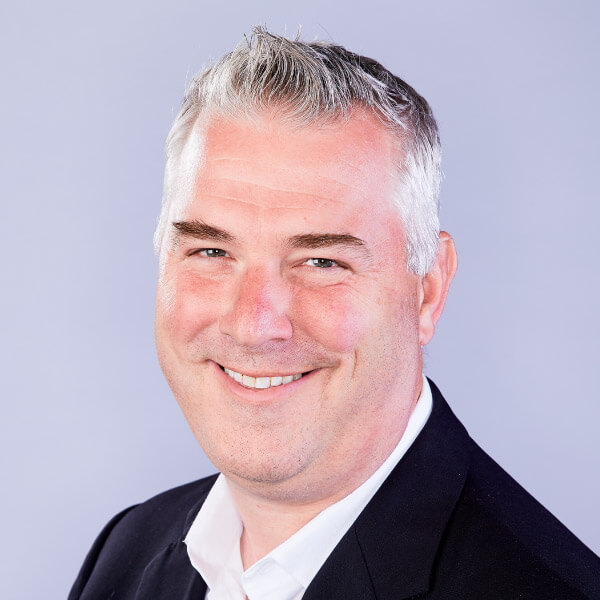 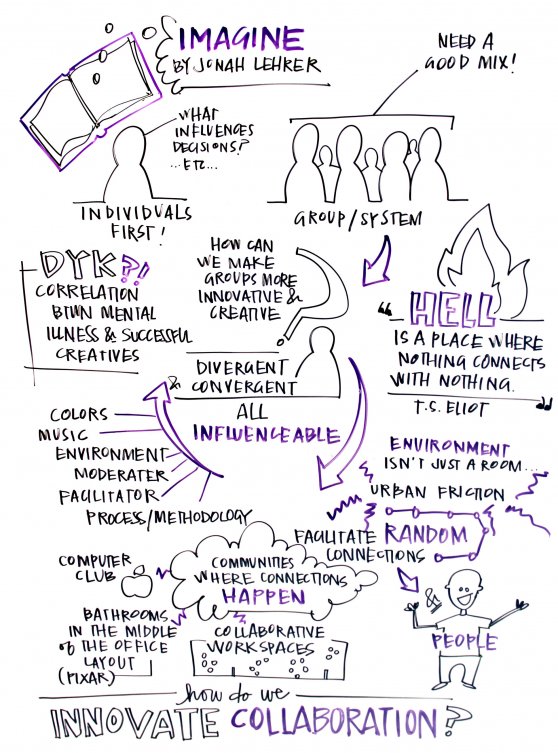 Ultimately we found a common factor that tied all of these disparate ideas together, the recently released book “Imagine: How Creativity Works” by Jonah Lehrer.

The opening quote of the book is from T.S. Elliot – “Hell is a place where nothing connects with nothing.” Which spun our group off thinking about what the polar opposite of Hell is in relation to that definition.

We landed on it being “community.” Communities are places where connections happen, where everything, at least potentially, connects with everything else. In those connections is where the opportunity for creativity often lives.

The nice thing about this notion is that community is something that can be enabled at organizations. You can set your physical space in ways that facilitate connections and communities. There are many great examples of organizations breaking down the walls of their cubicles and setting up collaborative work environments with soft seating to encourage interactions.

Lehrer points to Steve Job’s insistence that not only did all of Pixar’s employees work in one office space (instead of being cordoned off by function), but they also only have one set of bathrooms in the middle of the space. He wanted to ensure that the one place that everyone had to go at least once a day was an opportunity for interaction between these different employee groups.

We walked away from the dialogue excited about Lehrer’s book and it’s safe to say we’ll be ordering a few more copies for the rest of our team to read, so look for more reflections on his work in later blog posts.

We also walked away wondering about how to continue to facilitate the development of communities in all walks of our lives and what the role of collaboration is in that space.

What communities do you belong to? What binds those communities together? What ideas do you have on how to enable the development of stronger and more meaningful communities at work and at home?