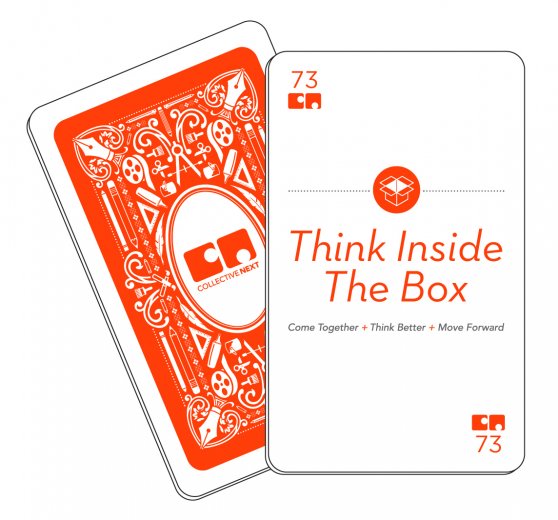 “Think outside the box” is a shorthand way to describe the act of trying to stop looking at things in the same old ways. There’s great value, of course, in developing new ideas and approaches. We can all intuitively embrace the spirit of free thinking without limits, but the term “think outside the box” has lost much of its meaning through repetition. It has become a management cliché. We at Collective Next have seen in engagement after engagement that constraints can lead to creative breakthroughs – limitations can’t be wished away – and that’s why we spend a lot of time thinking about how we and our clients can better think inside their box.

That box is not just metaphoric. It’s quite real. It represents context, the real world in which we operate, the rules and structures that exist. The context may shift, but there’s always context. We can’t wish away, say, gravity. Ideas that ignore this reality, the limits of the box, rarely get off the page and into practice. When we are talking about the box, we are talking about context. Ideas that ignore context tend to be less valuable than those that acknowledge the context of the box. Why? Because they’re less likely to get done. What’s more productive than box-free thinking? Knowing your box and using its constraints to create something that can succeed in the real world.

This plays out vividly as organizations attempt to copy best practices they’ve seen other organizations implement. The Venezuelan youth orchestra El Sistema deservedly won a TED Prize for its work. The organization’s wish was that the TED Prize would fund bringing El Sistema to the world. Here, it was thought, was a best practice that could be applied to new countries. But it turned out that you could not replicate El Sistema note-for-note in the U.S. You could learn from it, learn what made it successful, but you had to translate it into a new environment for it to succeed You had to recognize what box you were working in. Similarly, General Electric runs its venerated Management Development Institute in Crotonville. Plenty of other companies have tried to replicate it, but it never seems to work as well.

People hire consultants all the time to bring them best practices. But the idea that best practices will work in your company without authentic translation is a fallacy. You have to bring imagination into your box and then transform it. It’s like organ donation. You can place a perfect heart into a perfect body and you can still get plenty of complications. If you don’t take into account the unique needs of particular organizations, you’re setting yourself up for catastrophic failure.

So when someone asks us to graft someone else’s best practices onto their existing organization, we push back. We practice collaborative design rather than simply design things for you. When Collective Next helps our clients design solutions for themselves, we’re ensuring that the ideas are true to who they are as an organization, making them more likely be adopted and ultimately more likely to be successful, and we make the box they’ve chosen to operate in a better place to be. 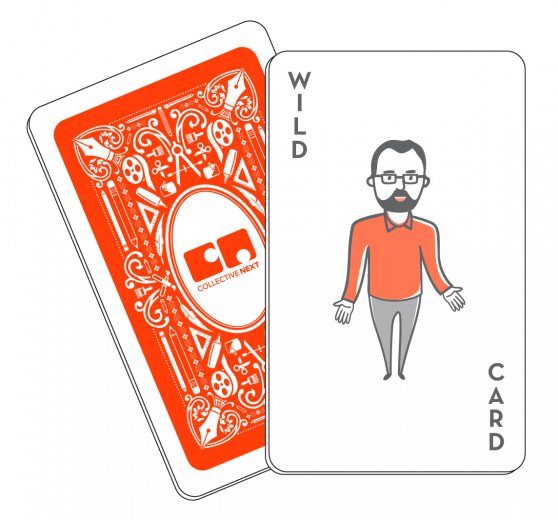