TEDscribe Live! A sampling of TED 2013 Transcribed. | Collective Next

If you are like me, every so often you are truly inspired by the power of ideas. Since working with Collective Next, I find this tends to be a startlingly frequent occurrence, and last week was no different. Once again, we were very fortunate to participate in the amazing idea sharing conference that is TED. While we had three envoys on the ground in Long Beach attending the conference and facilitating workshops and lunches for the TED Institute, and helping with the TED challenges, back here in Boston we were live streaming the entire conference.  And we captured presentations in our typical CN fashion—scribing (aka, graphic facilitation).  And the parade of ideas ranged from personal experience to necessity, product to performance.

One of the first speakers in this year’s line up in particular challenged us with the question: Are we looking at the end of growth, and therefore, the end of innovation? With this notion banging about our collective brains as we watched and listened and scribed, we concluded that, no, we are definitely not facing the end of innovation.

It is human nature to constantly strive to make things better. TED is a moment—a pause—when a bunch of humans get together to share their best thinking about just how to do that. This year was no different, with speakers who had designed products that solve very serious world issues, others who had amazing ideas that would better humanity, and some who could dance, like really dance.

These designers were not limited by their constraints, they were driven by them.  They recognized their limitations and used them to push the (idea) envelope. They are innovators; they are reviving old ideas and creating new ones.

In one of my favorite talks, Stewart Brand presented groundbreaking research on bringing back species that have long been extinct. Although this sounds like the plot to Jurassic Park, it is a very real process of altering DNA to re-create an extinct or endangered species. 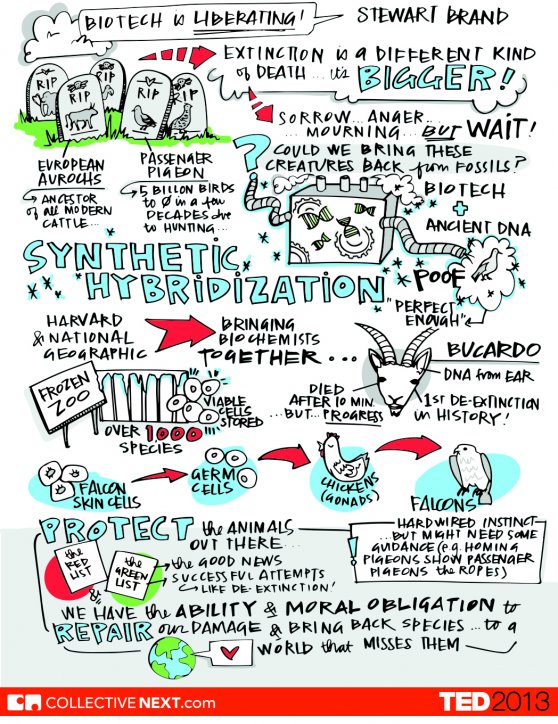 Taylor Wilson gave a very compelling argument for his Small Modular Fission Reactors. A traditional nuclear power plant only runs for 18 months before it needs to be refueled, but Taylor’s Modular Fission Reactor can go for 30 years. This is a very extraordinary feat considering Taylor is only eighteen years old. 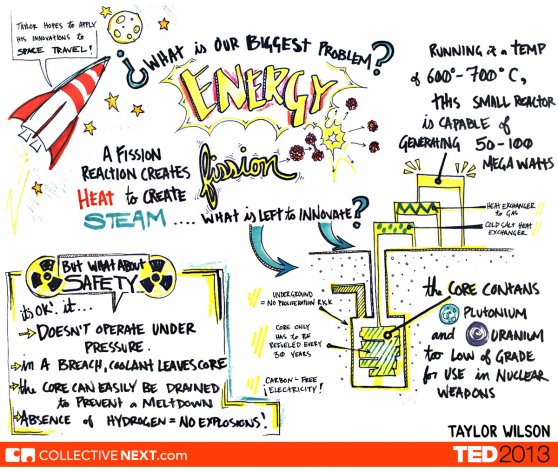 While drumming on a picture of drums, Kate Stone introduced us to interactive paper. Despite everyone telling her it couldn’t be done, she showed us it could. 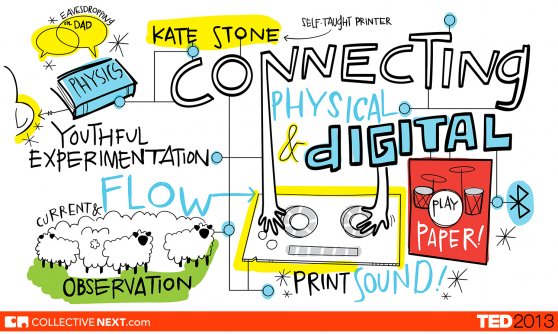 Some of the speakers had very little technical subject matter knowledge and were still able to develop products to solve serious problems. For example, Jack Andraka, the sixteen-year old who won the Gordon E. Moore Award for developing a cheaper, more effective way of detecting pancreatic cancer. 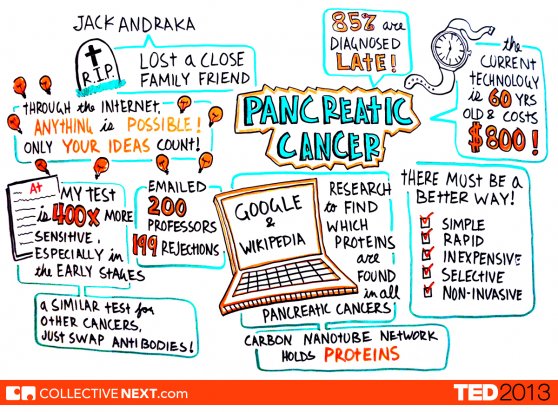 TED showed us that innovation is everywhere, and it’s flourishing.