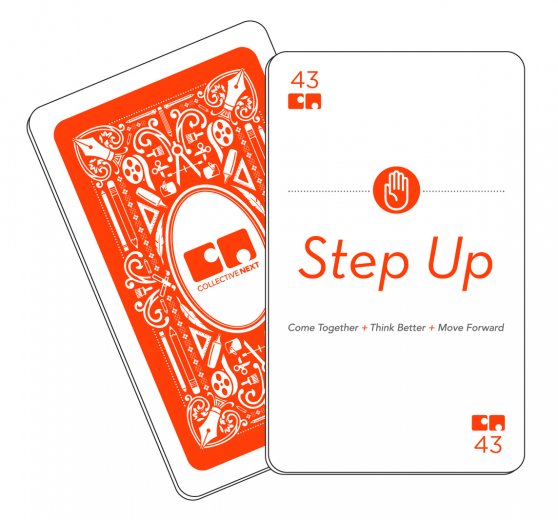 We’re longtime TED advocates here at Collective Next. We’ve helped many executives and thought leaders prepare for private and public TED Talks, we’ve helped run TEDxBoston and supported several other TEDx’s, and a few of us have delivered TED-style talks or talks at the actual TED. We find the format to be a great way to share ideas worth spreading. We’re looking forward to this year’s event in Vancouver later this month and we’ll be covering it here on this blog.

But TED talks are not enough if you’re trying to create change: change in yourself, in your organization, in your world. TED Talks may inspire you, they may motivate you, they may generate an intense emotional reaction, but for the most part they don’t make you step up and do anything. (To be fair, TED has a TED-ED initiative, but it’s about spreading lessons, not developing mastery on the part of the audience.) We work with TED speakers and performers, but here let’s look at talks from the point of view of the receiver. What lasting change do you want to create in your audience?

We’re a collection of lifelong learners here. We don’t just advocate that for our clients and extended network. We’re always looking for ways to pick up new skills or sharpen existing ones. There’s always a new approach to integrate into our thinking or a new software program to help us turn ideas into reality. But learning about those new approaches and software programs aren’t enough; we have to step up and put them into practice. I worked for several years at MIT and I was always impressed by the Institute’s commitment to a mind and hand approach in education. After you learn, you have to put that learning to work. In such an approach, learning for its own sake has some value but learning in the service of practical application is far, far better. Why are you learning something if you’re not going to do anything with it?

I thought about this recently because I am enrolled in a pair of MOOCs right now, one about creativity and one about thinking in models. I was enjoying them, taking occasional notes on new concepts and reading most of what was on the syllabus, but I was plowing through them passively like they were … TED Talks. All I had to do was listen, take things in. I wasn’t really forcing myself to do anything. My mind was engaged, but — except for these notes — my hands were just dangling at the ends of my arms. I wasn’t participating as fully as I should have. I’d told myself that I wasn’t going to do the homework because I have a full-time job and I don’t have time. There may be some truth in that, but, even if I wasn’t taking the courses for grades, why was I bothering with the MOOCs at all if I wasn’t going to put myself into them? I rethought my commitment, juggled a few responsibilities, and started the assigned work. Both these courses teach what appear to be incredibly useful tools I can use in my daily work. If I just take in the lectures and don’t try them out, I’m wasting my time — and, frankly, I’m not giving back to the instructors after they’re delivering me so much for free.

This is true is so many parts of work and life. Learning without putting your learning to work is only part of the equation. To get the most out of something and to give the most back, you have to step up and do it. So, if you’ll excuse me, I have an exercise I believe I should do right now.