Lost In Fiction: Cognition, Perception, and the Flow State | Collective Next 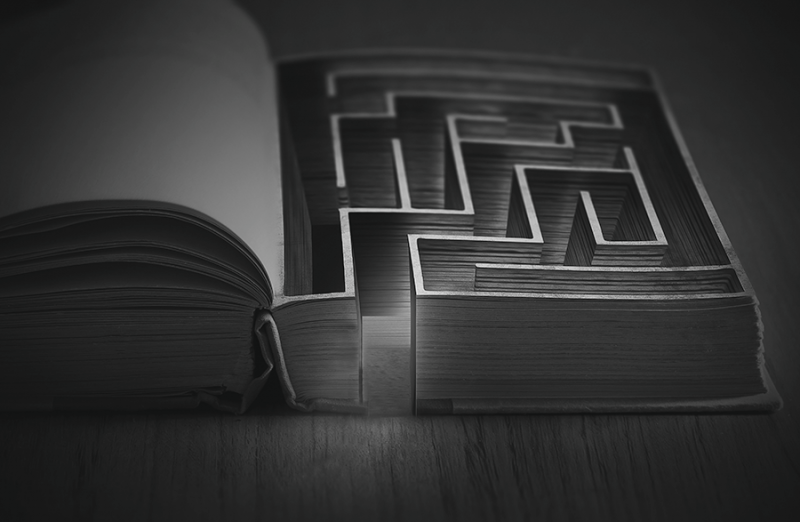 Below is the second installment of our multi-part series entitled The Narrative Universe. In the coming weeks, we will explore how we humans construct our world—even our professional world—through stories, myths and narratives.

“This is your brain on…Leo Tolstoy, Charles Dickens and Jane Austen” – That’s one way to sum up the scholarship of Elaine Auyoung, professor of literature at the University of Minnesota. Another way is to say that she uses cognitive theory to understand literature and literature to understand cognitive theory. This interdisciplinary approach was honed during her years at Harvard University, where she completed her PhD in English. She was a long standing member of Harvard’s Cognitive Theory and the Arts seminar, a cutting edge, interdisciplinary forum, bringing literary theorists into dialogue with scientific studies of the mind and its processes— all for the purpose of figuring out how “small black marks on a white page” can produce such vivid mental effects, as seminar leader Elaine Scarry says in Dreaming by the Book.

I recently spoke with Dr. Auyoung about her work.

Marsha Dunn: You are a professor of literature, which is another way of saying you have dedicated your life to stories—to exploring the mysterious sway that stories have over human life. When did you first get a glimpse of this power, these mysteries?

Elaine Auyoung: When I first read Pride and Prejudice in middle school, I became obsessed with this alternative world that seemed so different from my world in suburban Southern California. I would make my mother drive me to the library so that I could learn as much as I could about everyday life in 19th century Regency England. It seems that my response to reading Jane Austen is part of a “Janeite” phenomenon that has a long history and is still going on today in online communities like The Republic of Pemberley and at Jane Austen Society meetings and annual balls.

MD: So from early on you identified several of the driving questions that would animate your research. What have you found out along the way?

EA: If we think about the language we use to describe the power of stories, we talk about being lost in a book, gripped by a story, seduced by characters… Our attention has become totally absorbed by the narrative and we find ourselves in a state of total immersion that the psychologist Mihaly Csikszentmihalyi describes as a “flow state.”

MD: So science has begun to re-describe the nature of our experience of fiction. What are some of the reasons that story is so effective at getting us into this flow state? Is it the plot, the characters? What?

EA: It turns out that one prerequisite for achieving a flow state—for losing yourself in an activity—is, counterintuitively, having a sense that you are in control. Fiction readers obviously can’t control how the plot of a story unfolds, but they can open and close the book at will. Having ultimate control over your own level of engagement with the fictional world allows you to let go of control within the fictional world—and so to enter the flow state.

MD: I guess this paradox—simultaneous control and loss of control—is present in our relationships with fictional characters as well.

EA: I think we free ourselves to enter into affective relationships with characters in part because we know that we are ultimately free to engage them on our own terms. In these ways, fiction provides an alternate means of negotiating the conflict between autonomy and connectedness that we constantly face in our everyday lives.

MD: It’s compelling to me that you describe literature as a means for sorting out dilemmas from everyday life—rather than just escapism. This would seem to account for some of the deep evolutionary roots of storytelling.

EA: There is a growing body of scholarship that approaches storytelling from the perspective of evolutionary psychology. Professor William Flesch at Brandeis, for example, argues that part of our capacity to become emotionally invested in stories comes from our altruistic social interest in monitoring who is and who isn’t holding up their end of the social contract. Even in story about fictional persons and events, we can’t help being invested in making sure that heroic actions are rewarded and violators of the social contract are punished. Flesch argues in his book, Comeuppance, that our investment in which fictional characters are punished or rewarded is itself an expression of our altruism.

MD: There’s a Henry James quote (I’m paraphrasing) “in fiction every detail counts; nothing is superfluous.” That’s something you’ve taken to heart; I know that some of your research is about the crucial importance of details in fiction—especially details that engage the senses.

EA: I am especially interested in the way that novelists ask us to draw on our own embodied knowledge, our physical and sensory experience. For instance, in Anna Karenina, Tolstoy constantly represents everyday physical actions like squeezing a sponge, pulling a petal off of a flower, or pulling on a loose button. These small details draw us into the narrative on a visceral level—literally—because they require us to draw upon our store of embodied knowledge about engaging with the physical world. Elaine Scarry has done path-breaking work on the relationship between language and perception and current psychological research on embodied cognition supports her approach.

MD: Essentially, we are coming to understand that words can be an extension of physical perception?

EA: Not only that, but cognitive psychologists like Rolf Zwaan argue that cognition is grounded in perception and action, while literary critics like Mark Turner point out that physical actions consist of small narratives by their very nature: they have a beginning, middle, and end. Turner has suggested that the structure of stories simply reflects the experience of being embodied people acting in the world, which makes stories fundamental to being human.

MD: And of course our emotions are central to being human as well.

EA: Compelling narratives are able to tap into emotions that we are not ordinarily asked to draw upon. Part of the appeal of Young Adult novels—like Twilight, etc.—might be that adolescent readers often have intense emotions that they can’t exercise in their daily lives but are engaged by these fictional narratives.

MD: So again, fiction is not simply escapism; it is tapping into something that is already really there?

EA: It taps into parts of ourselves—intense fear, passion, existential angst—that don’t always get exercised in the day-to-day of work or school. We possess these capacities and fiction offers the chance to engage them without the risks that come with doing so in the real world.

MD: It seems that the ability to exercise these emotions gets back to the paradoxes we discussed earlier around control and loss of control, connectedness and distance.

EA: They are all interconnected. And the fact that we are intrinsically motivated to engage with stories and fiction is another source of the pleasure we get from them.

MD: So can you give us a little glimpse into the future? Where are the next hurdles for this mash-up of literary theory and cognitive theory? And how will your book project contribute?

EA: Generally, I think we need to go further in demonstrating how a psychological perspective can advance our understanding of major questions within literary studies, sometimes by complicating longstanding assumptions within the discipline. For example, literary critics don’t really have a precise vocabulary for thinking about the reading process, so my current work introduces a new method for examining how writers bring readers into intimate relation with unreal persons and worlds.