Inspired by the Unexpected | Collective Next 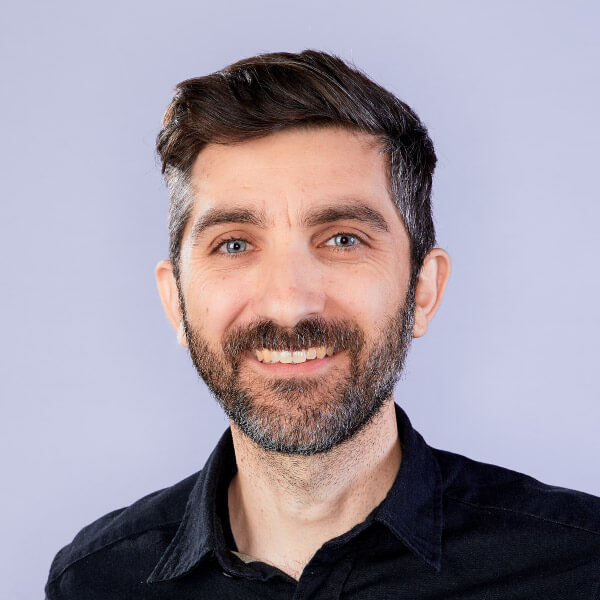 The unexpected inspires me. When I walk somewhere, I look to take a different path home. When I’m working on a project here at Collective Next, I’m setting up boundaries, but I’m forcing accidents to happen. I’m pushing enough so things do happen. We’re going for it, pushing ourselves to go a little beyond, into the unknown.

In college, when I was studying printmaking, there was a lot of process and structure, all these steps. There were certain rules and constraints you needed to work in, but once you put that metal plate in the acid bath, things were going to happen that would force you to make different decisions. It was controlled chaos. You have to set yourself up for those kinds of moments. Pushing yourself keeps you on your toes, keeps you engaged. It would be really hard if we had to create the same things over and over. So instead, we’re always trying something new. We’re not entirely sure where it’s going to end up, but that is exactly the point. Why not throw something new in there and see what happens?

One good example of how the unexpected inspires me is when we designed a major event for a client and the CEO lost her voice shortly before her closing remarks. That was certainly unexpected, a new challenge we’d never dealt with before. There’s a magic that happens in crunch time. You are forced not to overthink. In the little time we had, we came up with a solution that allowed her to deliver her talk without speaking. She would appear to text her presentation to the screen. She was able to get across the points she needed to get across, but it was going to look like she was texting her talk in real time. What was most impressive about the solution was its simplicity. We didn’t need fancy programs or sophisticated software to get a great result. Two members of the team wrote the script, while three more of us created the graphics and assembled it in PowerPoint. It was extreme collaboration, with not a lot of room for error. People thought we used some crazy technology, but we were lucky enough to have a CEO who sold it with her performance with a little help from a text sound effect. It was completely unexpected, for her, for her audience, and for us. It was a great thrill, and it never would have happened had we not been confronted by something unexpected.