Inspired by Edward Tufte | Collective Next 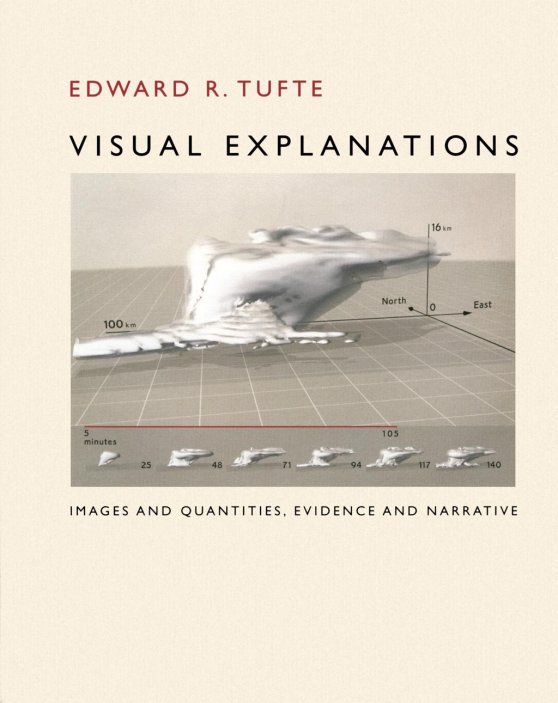 We’re wired to tell stories and respond to them. This may be true literally, as evolutionary biology suggests. Or it may be true culturally: Stories unite so many social groups. Either way, the ability to tell stories well is essential to personal and professional success. Investment bankers talk about “the right story” when preparing pre-IPO CEOs for road shows; there’s a small industry of consultants who teach executives how to tell stories. We understand the world through stories.

If telling a story and being able to critically determine the legitimacy of a story through visual media are among the preeminent business skills nowadays, the premier teacher of those skills is Edward R. Tufte. A professor emeritus at Yale, Tufte runs workshops on how best to present data and information. He is best-known for his four books on information design. My favorite remains his 1997 Visual Explanations: Images and Quantities, Evidence and Narrative.

Despite the academic subtitle, Visual Explanations is a spirited, accessible tour through ways to use images to best describe objects and lives in motion. Tufte’s previous book, Envisioning Information, was all about how best to show things—nouns—many of them static. This one takes on the more complex art of portraying movement—verbs. Tufte balances practical advice with near-whimsical adventures, and shows how much the two have in common. In the most compelling of the “serious” chapters, “Visual and Statistical Thinking,” he lays out how the display of evidence can lead to good or bad decisions. He shows how great information design can save lives and bad information design can lead to dead bodies. He celebrates the work by John Snow to end the 1854 cholera epidemic in London (a topic covered in Steven Johnson’s Ghost Map). Snow’s research suggested that the deaths were caused by an infected water pump. It was the way Snow presented the data—a map that upended conventional wisdom about how cholera was transmitted—that changed minds.

At the other extreme, Tufte analyzes the decision to launch the Space Shuttle Challenger in January 1986 despite evidence that cold temperatures could lead to O-ring failure. Seven astronauts died when the Challenger blew up 73 seconds into its flight. Tufte uses words and pictures to tell the dramatic story of how the O-ring problems were known before launch, how a different way of presenting information could have prevented the tragedy, how officials tried to obscure all this, and how the physicist Richard Feynman, testifying before the commission investigating the accident, came up with a tiny, telling experiment that showed conclusively what the problem was. People listening to Feynman’s words might have had a bit of trouble keeping up with the Nobel laureate, but people seeing what he was doing had no doubt.