In our Friday Transcribes, facilitated by Collective Next’s Chief Transcribe Officertm Mason Smith, we share what we’ve learned recently and figure out what it means to us and our clients. The members of the CN team (curators, coaches, graphics wizards, logistics gurus) who supported TEDxBoston was well-represented during our most recent Transcribe on Friday, and it’s no wonder that our discussion began by discussing TED/TEDx and its role promoting ideas worth spreading.

It was the “spreading” part that we focused on the most. An idea may be world-changing, but it doesn’t do much unless it connects with individuals, groups, and society. The value of an idea, we wondered, may only be as great as its implementation. Enter an advocate. Some of the most provocative ideas to come out of recent TEDs came from the idea’s advocate, rather than its originator. A good example of this is Stewart Brand’s TED2013 talk on de-extinction. Brand’s energetic talk earned him a standing ovation at Long Beach, but he wasn’t the guy who did any of the research — he reported on the research and advocated for it. Brand followed it up with a splendid full-day TEDxDeextinction in which the researchers themselves spoke, but what got the ball rolling was someone who knew how to tell a story. So next time you have a breakthrough idea, remember you’re only part of the way there. The next step is figuring out how best to spread it. 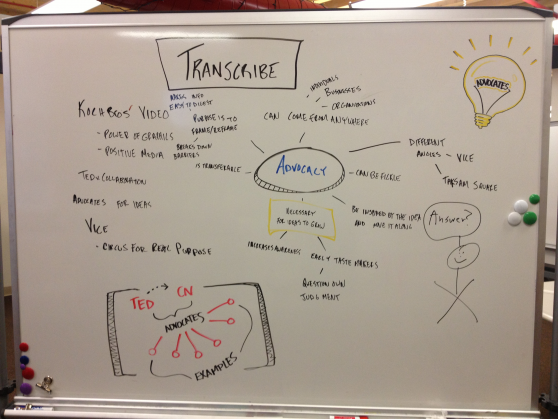