Haydn Shaughnessy on Innovation, Disruption, and Not Being Part of the Noise | Collective Next 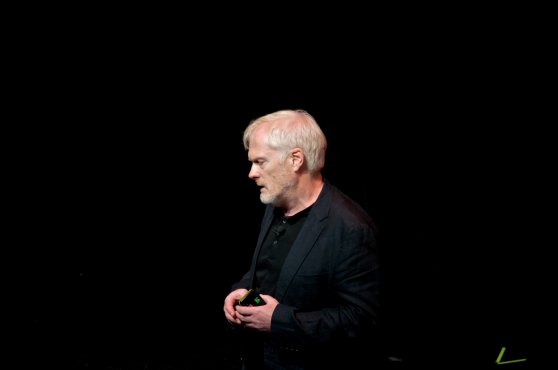 We’ve worked with Haydn Shaugnessy and we’ve been impressed by both his big ideas about disruption and innovation and his ground-level advice on how to respond to those profound challenges. His most recent book, Shift, is full of insights on how to succeed in what he calls “the emerging post-crisis economy.”

We spoke to Haydn as part of our series of conversations with outside thought leaders.

What industries are ripe for disruption but haven’t received sufficient attention?

There are two ways to look at that. The first is the obvious one — industries like electricity production and distribution, and pharmaceuticals, are clear candidates. Health care is, too — and it is happening through data and pushing responsibility back onto people, which is both morally right and financially right. Many areas of biological science will be disrupted, too — or, at the very least, we will begin to program the biological world, bringing biology within the scope of code.

Why do you think core competencies are overrated?

If people had stuck to their core would there be a Web? Competency has to be fluid and ever-evolving. The way we think of core belongs to the era of monopoly industries and their initial breakup. It was a refuge for managers who didn’t know how to act flexibly or even face a flexible set of markets.

When we saw you speak at BIF a few years back, a line of yours that really stood out was “I don’t need any more lessons in failure.” How can that be true for businesses as well as individuals?

The current fad for failure is exactly that: another meme that is easy to propagate. I think we should tolerate failure but I prefer analogies from elite sport where people prepare properly, take a long-term risk, and bet on their capabilities.

Many people remember BeOS only as the operating system that lost to NEXTstep when Steve Jobs returned to Apple. Conventional wisdom is that BeOS was a failure, but you have cited how important it was and still is. What can people today learn from BeOS?

BeOs brought the computer programmer developer community to a phenomenon that is now being called the Internet of Things. In those days (1998-2002), we talked about Internet appliances (where life began for Android, and of course many BeOS people went to Android). People forget that we also talked then about thin clients: what we now think of, in a different guise, as apps. So the BeOS period was very fruitful. It brought imaginative talent to bear on problems like how do we have one Internet? The important lesson from BeOS is just how creative and crazy computing has been, looping back on itself, morphing ideas until they work, in a kind of relentless pursuit of a special kind of rationality.

How can people who are trying to innovate not be merely, as you call it, “part of the noise”?

Disruption thinking and disruption economics is where they should head to. We need more people to go figure disruption and measure the colossal changes going on in different industries. We need to be telling a contemporary economic history and quickly working out what we can do with that knowledge. This is the most exciting period in history since humans began stepping on trains and traveling huge distances. We are not just innovating. Finally, we have these millions of eyes trained on how life can be different. We need new philosophers, economists, and historians who can give us perspective right now. My fear is their message will not travel far in the current noise so we also need new communities, new universities or institutes that can bring back the power of debate. Less noise, more dialectic.