Four Ways to Tell a Better Story | Collective Next

Along with this week’s TED in Vancouver, this week on the Collective Next blog we’re covering aspects of giving a great talk. Yesterday we considered the broad question of How to Give the Talk of Your Life; Friday we’ll focus on performance; today we look at some ways we’ve found to craft a story for a talk.

We’re all natural-born storytellers. Even if you don’t do it professionally, your brain is wired to take incidents and feelings, related or not, and combine them into stories that we share with others. Sometimes those stories captures what we feel and think — and sometimes we bend those stories to stay in line with what we believe.

The people we tell stories to the most are ourselves. So one of the tricks for developing a memorable story is making sure that that the story we’re sharing is real, that we’re not tricking ourselves. The idea is that the story you’re sharing is the same authentic one that’s going on inside your head. We all shade stories based on its audience, but a surefire way to make sure your story doesn’t go over is to allow a disconnect between what you think the truth is and what you want the audience to think the truth is.

When we help clients develop a story for a talk, here are some of the questions we ask:

What do you want the story to do? A talk isn’t a presentation. You’re not just delivering information and letting the audience decide what to do with it. In a talk, you’re sharing a story and an effective story prompts action. Do you want people to think differently about something they’ve taken for granted? Do you want them to support a cause? Write a check? Knowing what impact the talk should have will help you determine which elements to accentuate, which to downplay, and which to leave out.

Who is the story for? Even if the topic is the same, there are different approaches to telling a story. You wouldn’t tell your story about how you beat cancer the same way to a group of kindergarteners as you would to a room full of oncologists. There’s a secret that comes along with that: Stories succeed when audiences can see themselves in them. Few of the people hooked on Breaking Bad were dying chemistry teachers who turned to meth cooking to provide for their families. But, because of the quality of the storytelling, millions of viewers were able to find something in that particular situation that hit home. By focusing on the audience and what you want the audience to do, it will be easier to make sure that your story, no matter how personal, is about your audience as much as about you.

What can you take out? Ever ask a grade-school child about his or her day at school? As a parent, it can be fun to listen as they walk you through every step they took from the moment they left the home to the moment they returned. Do not do this to the audience of your talk. An important part of crafting a story is shaping it, deciding what elements move the story along and which are not essential. Your story should tell the truth, but it doesn’t have to include every fact. Consider which incidents and which struggles will help the story do its job — and cut everything else.

What can you do that’s different? You’ll be exposed to hundreds of stories today. So will the people you’re sharing your talk with. Watch TED Talks and other storytelling resources for inspiration, but in the end you have to tell your own story, one that will set you apart from the other stories on the stage, that one only you can tell. Even if you think you’re talking about a generic topic, chances are there’s a new way to look at it.

Let’s linger on that last question for a bit, because it’s often the hardest to answer. Here’s an example, drawn from two fabulous recent books: Stephen King’s 11-22-63 and Robert Caro’s The Passage of Power. The central event in King’s novel and Caro’s biography of Lyndon Johnson is the same: the assassination of President Kennedy. Over the past 50 years, there may have been no single event in American history argued about or covered more than the JFK murder. Yet King and Caro had plenty new to say about it. Why? Because they looked at it in ways their predecessors hadn’t thought to. King’s 11-22-63 follows a time traveler as he seeks to prevent Oswald from pulling the trigger (the time traveler also discovers that messing with the space-time continuum is a very bad idea). Caro’s The Passage of Power (you can read a relevant excerpt here) considers the day, in unprecedented detail, from the point of view of Vice President Johnson, pinned under a Secret Service agent on the floor of his car while the bullets flew, gathering himself in a hospital cubicle and on a grounded Air Force One. We see a fuller picture now, because we see it from someplace we never stood before.

Most of us think we know what happened that day in Dallas, but both King and Caro make us consider it in different ways. They take perhaps the most-overcovered event in our nation’s history, looks at it differently from all before them, and makes it new again. There’s an excellent chance that whatever topic you’re wrestling with hasn’t been covered as much as JFK’s death. Keep moving until you find the new vantage point. It’s a sure way to deliver a story people want to take in, no matter how much about the topic they’ve heard before. 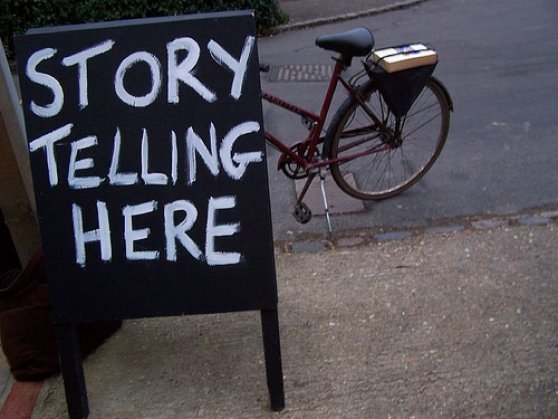