Embrace the Metaphor, Run the Table, Share the Pie | Collective Next 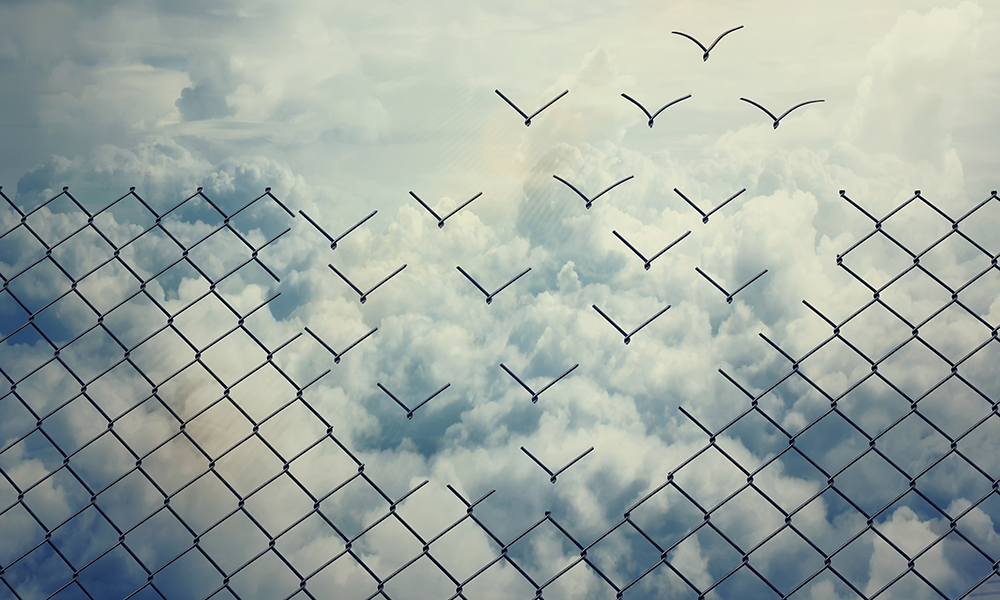 As part of each blog series, Collective Next’s CEO, Matt Saiia, and I have a standing bi-weekly call to dig deep into the topic at hand—in this case, “The Narrative Universe.” Our discussions incorporate ideas from relevant readings, podcasts, blog interviews, client interactions, and the stuff of daily life. We wish to close out each series by sharing the substance of these conversations.

Metaphors are rather bad-ass linguistic do-dads. At least that’s one way to distill a recurring theme in our conversations about The Narrative Universe. Matt put it in more precise philosophical terms: “Not only do metaphors shape language, as we’ve long known, but we are coming to see the ways they determine our thoughts and even our actions. In other words, metaphors are more than embellishment, more than just creative ways of explaining what already exists; metaphors structure our experience—and so enable or disable certain ways of being, thinking, imagining and acting. This holds at an individual level, and is magnified at an organizational level. I’d go so far as to say: If you are working with the wrong metaphors, you are done for. If you’re working with the right metaphors, you set yourself up for success.”

If you pause to think carefully about this concept, if you allow yourself to assume that it is true, the implications for organizational success and failure become obvious. And this is exactly what Matt and I kept saying as we honed our thinking about metaphor by engaging the seminal Metaphors We Live By, by George Lakoff and Mark Johnson. By reading their work and bringing it into creative conversation with the experiences we have had working with organizations, we began to parse out the implications of their big claim: metaphors structure our experience, rather than merely reflect it.

1. Metaphors Are Everywhere—Learn to Recognize Their Power
Matt brought up Lakoff and Johnson’s example of the phrase “argument is war”. This metaphor has seeped into our language in such phrases as “he attacked every weak point in my argument” and “she shot down all of my arguments.” As Matt put it: “To apply the metaphor ‘war‘ to argument is not merely to describe argument; it is to change the way that we experience argument. If war is the metaphor you choose—or passively accept—then you will experience an argument as a battle, with an opponent, as a series of attacks, with a winner and loser. What Lakoff and Johnson posit in their book is that if we changed the metaphor from war to, say, ‘improvisational performance’ we would begin to experience argument less as bombardment and more as a forum for acting in a ‘balanced and aesthetically’ motivated manner. The metaphor ‘argument is performance’ would structure our conceptual framework differently and in turn change our thoughts, experiences, and actions.”

The “war as argument” metaphor has a direct parallel to a major change that has unfolded in the business world. Matt observed, “Over the past twenty years there has been a seismic shift in the metaphors used to describe business. We are moving from metaphors of ‘competition’ to metaphors of ‘ecosystems.’ Again, we aren’t just swapping out terms here. This transformation of metaphors has moved us from an experience of business as players pitted against one another in a zero sum game, to a holistic approach focused on networks, platforms, and exchanges. These new metaphors—this new way of structuring our point of view – is changing the way that businesses talk, listen, experience, and act.”

Matt explained that an early indicator of this conceptual shift came with Brandenburger and Nalebuff’s Co-opetition in 1996. As their portmanteau title suggests, this best seller argued in favor of a hybrid between the states of competition and cooperation. As Matt notes, “These guys were inspired by game theory. Game theory allowed them to see the inadequacy of our old metaphors of a purely competitive view of business. Game theory equipped them to help us begin to create new metaphors in which success comes to be experienced as something mutual, collaborative, shared. As we continue to move towards an ecosystem as our metaphoric and conceptual system, we emphasize value chains and customer value mapping—and the rules of the game shift.”

Clearly, metaphors are being employed—and revamped—all around us all the time. And yet we are often unaware of their impact. With the right kind of mindfulness, we can become attuned to the uncanny ways that metaphors shape organizational culture. In this way, we can begin to perceive the power of metaphors to expand or limit opportunities for success—and even to redefine what counts as success in the first place.

2. Harness the Power of Metaphors in Your Organization—Metaphor Shapes Self-Perception
Once we develop an appreciation for the power of metaphor, it becomes immediately obvious that we need to be very intentional and creative in our use of them. As Matt put it, “We should not passively accept the metaphors that are given to us. For to do so is to cede power—over our organizations, our work, our very self-understanding—to someone else, someone who may or may not share our values.”

As an example of the ability of metaphor to shape self-understanding, Matt brought up the power of metaphor to define the relationship of employer to employee. “Our industrial roots initially gave us a view of employees as ‘cogs in machines.’ Labor was an expendable resource and time was money. This metaphor has been radically reworked over the last 100 years, as is clear in something like the Netflix Culture Code deck.”

Netflix CEO Reed Hastings was explicit about the metaphor that would create his company’s culture: “We are like a pro sports team,” he said. “We’re not a kids’ recreational team and we’re not a family. We are all adults here.” “In other words,” noted Matt, “Hastings employed the metaphor of the pro sports team not simply to describe his employees, but first and foremost to shape the identity of his employees, to open up the space for them to embody the values of ‘Freedom and Responsibility’ that allow an organization to thrive. The identity flows from the metaphor and the values flow from the identity. By changing the metaphor, Hastings changed the organization—and their current success speaks for itself.”

3. The 21st Century Organization: If You Want to Know the Future, Look Deeply Into the Metaphor
Metaphors that are emerging now will be the realities of the future. As we look to the emerging 21st Century Organization, we begin to see not so much a new as an evolving metaphor. As Matt noted, “Companies are more strongly talking about being purpose-driven rather than profit-driven. More often we are hearing language like ‘return on mission’ and ‘return on vision’, rather than just return on investment; the PE ratio is not the only boss in town. As part of this trend we see the rise of social enterprises such as the B-Corp (benefit corporation) and the ‘why’ organization. Companies are recognizing the benefits of social investing and measuring their triple bottom line (economic, social and financial results). As part of the shift to the triple bottom line, we notice businesses orienting themselves around building interrelated capabilities that will positively impact outcomes in all three domains. A prime example is Elon Musk’s constellation of ventures: Tesla Motors, SpaceX, and Solar City, etc. He’s focused on sustainable solutions for humanity whether through clean production or consumption of energy or mitigating against human extinction by colonizing Mars. During a recent TED interview, Musk responded to the question ‘Why take on the auto industry?’ by asking, in effect, what are the problems most likely to affect the future of the world, or the future of humanity? Musk’s answer makes clear just how outmoded the interviewer’s set of working metaphors are when it comes to shaping the organizations of the future.”

Coda: Metaphor Inventory
In our final conversation about this series, I asked Matt to summarize the way that this new understanding of metaphor shapes the work we do at Collective Next. “We are in a unique position to utilize this understanding of metaphor as we work to galvanize meaningful change in organizations. Our first task is not to bring ‘better’ metaphors to the organizations we work with. Our first task is to make them aware of just how deeply their culture has already been shaped by metaphors. You could call this part of the process a metaphor inventory. This will often involve helping them to become cognizant of the metaphors they already employ on a daily basis—often unconsciously. They may realize that many of the metaphors they use are not organic to their organization, but have been imposed from without, or appropriated unthinkingly. By taking their metaphor inventory, we can begin to help organizations think through which of their metaphors are producing the culture they want and which are choking new growth. Working thoughtfully through a metaphor inventory is the best way to guide an organization to a place where they become intentional about what metaphors they use—and, crucially, about what new metaphors they are creating. Intentional metaphors help create the future.”