Don't Wing It | Collective Next

I’m going to tell you the truth. We all know when you’re winging it. We know when you haven’t prepared. You may be quick on your feet, smart, improvisational, and creative. But we know when you didn’t do the work.

It’s obvious when you give a presentation that you haven’t rehearsed. Words sound different when you’ve had a chance to test them out, practice placing the emphasis here versus there, get a sense of how they hang together in the air instead of on the page.

In an interview on Fresh Air, astrophysicist Neil deGrasse Tyson responded to a comment about how natural he is in interviews with “I work really hard at it.” He tells the story of how he prepared for his first appearance on the Daily Show with John Stewart. He studied. He calculated the average amount of time a guest could talk before a quip or joke from Stewart. He practiced communicating digestible ideas in that time. He only seems to be natural at it because he’s rehearsed, studied, practiced.

We see it with people we coach to give presentations and talks. They confuse the conversational tone with winging it. They think that if they just have a sense of what they want to say, it will all work out. It won’t. If you rely on your speaker notes, you’ll sound like you’re reading them. If you fly completely without a net, you ramble, get lost, often run over your allotted time. If you haven’t practiced saying that key phrase out loud several times, you’ll stumble over it. Ask John Travolta after the Oscars. Adele Dazeem indeed.

It’s hard to always be as prepared as you want to for that meeting, that presentation, that session. So pick your moments. When it really counts, put in the time. You’ll be a natural, and we’ll know why.

Kathy Clemons is a principal at Collective Next. 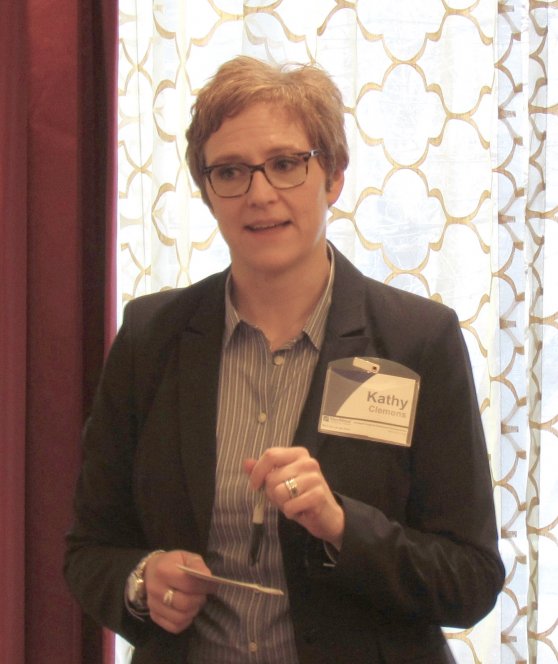