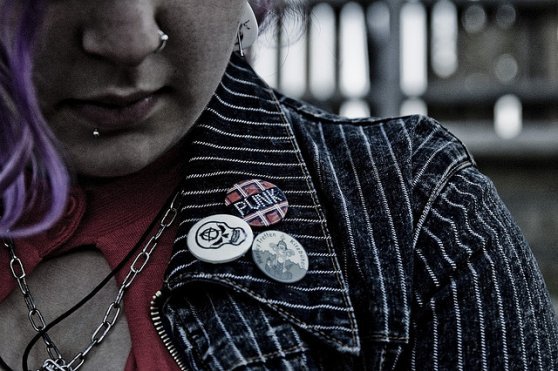 (Over the next few months on this blog, we’ll be running a series of posts on what inspires us as facilitators and designers. To set the stage, here’s a look at how inspiration works nowadays.)

Imagine yourself as a teenager in a club, listening to a loud, fast, sweaty punk band. It’s not even a real club you’re in. It’s the basement of someone’s house that’s a makeshift club for the night. You’re surrounded by kids your age jumping up and down in the hot room, brought together by your shared anger and the immense fun that comes with being around kids who are angry about the same things as you are.

You didn’t get here via a time machine, though. This isn’t mid-’70s London or New York. It’s right now, in Cairo or Seoul or Luanda, or anyplace where a new generation is looking to make change.  Trying to create meaningful change in your organization, your career, or your life? You could do a lot worse than take punk rock as your model. I’m not suggesting you get up and shout Sex Pistols, Clash, or Ramones quotes at your next board meeting. But punk rock is a vivid, pungent example of an art movement that created meaningful change.

Punk is everywhere, in part because its ideas and energy, once released, can be adapted to many contexts

Disruptive movements tend to start in one geographic area and then, as technology permits, go global. But agents of disruptive change are not only reserved for the time of their invention. They become a part of our collective unconscious of how to make change in the world. Punk first blew up in London and New York, quickly spread across Europe and the U.S., and has taken root in many unexpected places and contexts. Punk was invented in response to a particular need in mid-70s London and New York, but the form is still relevant when grafted into new contexts. People go back to punk for inspiration because it’s become part of our collective evolution. We create new models for change all the time.

Punk seems to work far from where it began and different cultures seem to latch on to punk when it’s the right time. There’s a punk scene in China. Taqwacore is Islamic punk. There was punk rock in ’80s Siberia and apartheid-era South Africa. There’s Afropunk. From Cuba to South Korea, vivid punk movements have emerged as societies have gone through substantial change. You can argue whether punk led to change or whether it was a symptom of change, but you can’t argue that, since the mid-’70s, when the form roared to life in New York and London, pretty much everywhere there’s been revolution of one kind of another, punk has played some part in it.

The punk in these new locations might be full of disruptive energy, but the output of these movements is, in one important way, quite different from the initial explosions in the U.S. and the U.K. Everything has antecedents, but the angry young people who started punk didn’t have too many immediate models to draw from. Indeed, part of their attraction was that they were a loud, foulmouthed response to the bloated, passive pop mainstream of the time. The Ramones didn’t have the Ramones to look up to. But the second, third, and tenth generations of punks emerging all over the globe do. They’re not starting from scratch. They can get where they want to go faster because their forebears have given them a map.

Long before memes were amusing captions on cat photos, Richard Dawkins, in his 1976 book The Selfish Gene, defined a meme as an idea that spreads through a culture. There’s cultural evolution as well as biological evolution. All these punk movements are happening because there are more and more examples of previous ones to inspire and learn from. They all have shared elements in common, but they’re all customized for their own immediate needs.

Something can happen for the first time only once. But the thrill of discovery can be passed on from place to place, generation to generation. Cultural evolution is strong. Even the oldest ideas are new to you the first time you learn about them. As we look to create and sustain meaningful change, it’s good to remember that the tools that may seem old hat to some of us are brand-new and thrilling and still useful to others. Change agents are now trying to introduce punk into North Korea (or make it seem like they are), not because they want to see what happens but because they’ve seen punk create transformative moments elsewhere. They’ve seen it work.