Made of Money – 50 Cent from Evan Wondolowski on Vimeo.

Money changes everything. That’s not just the title of a Brains song later recontextualized by Cyndi Lauper; it’s a hard fact of life. And what’s one of the things artists do? Make us think about hard facts of life in new ways.

Evan Wondolowski, an Art Director at Collective Next, is producing a series of portraits under the title Made of Money. They’re images of well-known people constructed out of money: 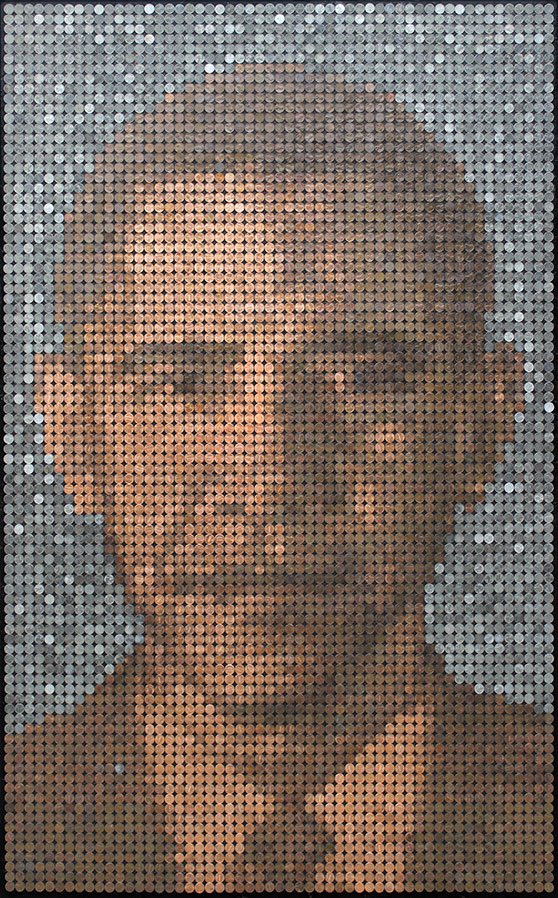 … Biggie Smalls, in the dollars he celebrated … 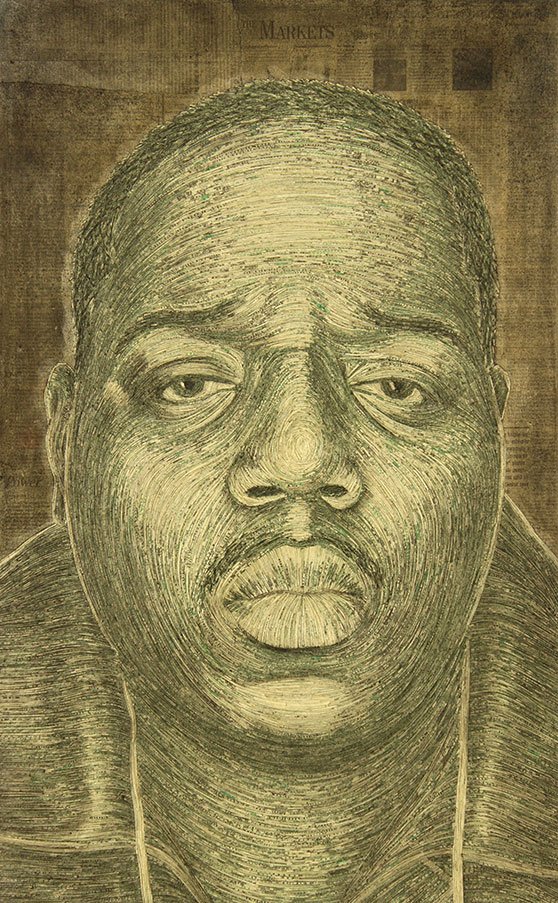 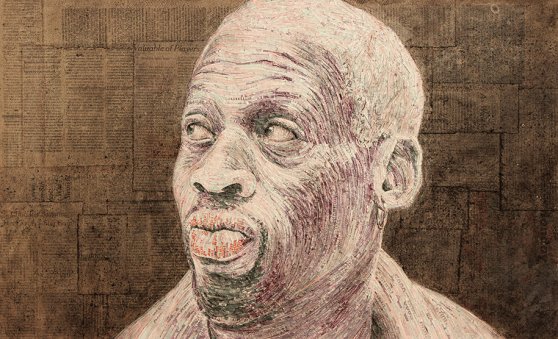 As Evan puts it, “I’ve been obsessed with money for as long as I can remember. It’s the foundation of society and affects everything within it. Although people have become divided by politics, religions, and languages, we are all united by our collective dependence on money.”

The original idea behind the series, Evan says “was to experiment, try new things as part of the concept. Money is about power, but it’s also a powerful image. As the series progresses, I hope to broaden the scope of what I can do with money. I hope my work transforms currency from a medium of exchange to a medium of expression. While the money used in these portraits is no longer valid as legal tender, its destruction has created an opportunity to create a new thing of value by simply reconstructing its parts. Money is the foundational tool; I’m using deconstructed bits to create something new.”

Evan doesn’t destroy the currency himself (“the government does that for me”) and if this series goes on long enough for digital currency to take over, he might not need to use physical currency at all. “Yeah, Bitcoin is coming,” he says, “but already 97% of money is just code on a computer screen. Only 3% is actual physical money.”

Indeed, Evan’s most recent installation, as part of Collective Next’s work supporting Sibos 2014, focused on Bitcoin. The installation seeks to unite some of the oldest New World thinking about money with some of the newest. It refers back to Benjamin Franklin, who wrote on the need for paper currency as well as his more celebrated studies of electricity. It juxtaposes the power of money with the power of electricity. The installation presents a Bitcoin logo, made out of 240 LEDs. Evan says, “Like the Bitcoins themselves, this piece is powered by money. The eight batteries resting at the front are created using only pennies, paper, and vinegar.  Together they create an electric current, which is harnessed to power the artwork.”

But the logo can’t power itself forever. Each of the penny batteries generates eight-to-nine volts of electricity. The charge slowly dissipates as the vinegar dries out. As Evan wrote in his artist’s statement beside the work, “We need your help to keep the Bitcoin bright! If the lights appear to be dim to you, use the eyedropper in the blue vial and gently soak the batteries with vinegar to increase the charge and brighten the LEDs.” It’s interactive, for sure, but it also makes us complicit.

We’ve tried here to showcase Evan’s work, not interpret it. We believe if you spend time with his art you’ll think about what money does in new and unexpected ways. And, if like us, you want to see how he creates these works, we have just the videos for you.

Made of Money – Dennis Rodman from Evan Wondolowski on Vimeo.

TAGS: creativity, innovation, People of Collective Next
Back