Recently Collective Next supported TEDxSMU with two days of scribing. We’ve already posted a time-lapse video of the work of John Colaruotolo, Katie Dwyer, and Evan Wondolowski during the event. TEDxSMU, now in its fifth year, is an unusual TEDx in that its speakers and performers deliver their work twice: it’s a two-day event in which the attendees the first day are kids (450 middle school students and 90 high school juniors and seniors, selected from across north Texas) and the attendees the second day are adults. We spoke to Colaruotolo, the only member of our team who lives in the same area code as the City Performance Hall in Dallas, about what it was like returning to the event this year. 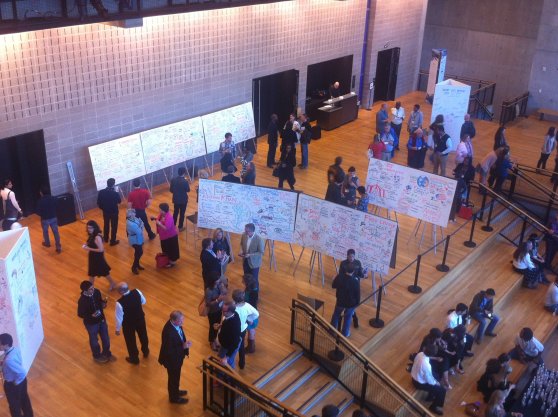 “I’m a big fan of the TED model and I’ve learned a lot from going to TED events,” he says. He liked pretty much all of the speakers, but singled out Dallas Morning News columnist Dave Lieber for his talk on storytelling.

“TED is always full of high-powered adults, famous people, very high achievers,” John says. “They’re great, but with hiogh-powered adults you can get a lot of egos. With the kids, though, they’re just happy to hear cool ideas. They don’t care about who speaker is or if they’re important in the world or just a regular person. They just want a story to pull them in.”

“We set up a bunch of eight-foot-high foam pillars with questions on top, like ‘What was your favorite talk?’ and ‘What will you do tomorrow?'” It was fun to see kids get interested like that, it wasn’t the usual thing you might expect from this where ideas get dumbed down to the kids’ level. The day was full of kids getting interested in real ideas. And when that’s happening, you can see the little adults starting to form.” 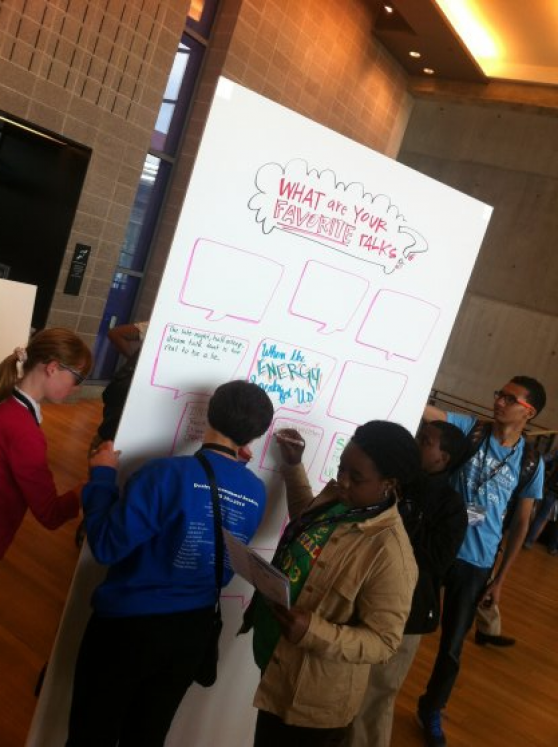 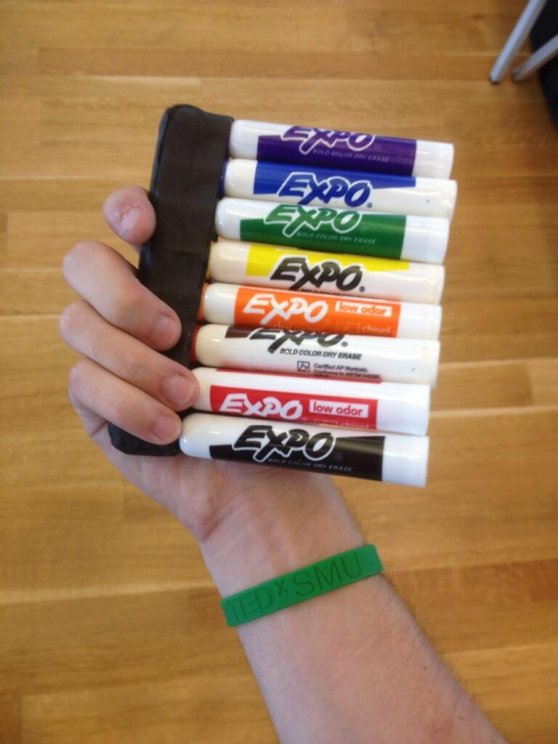