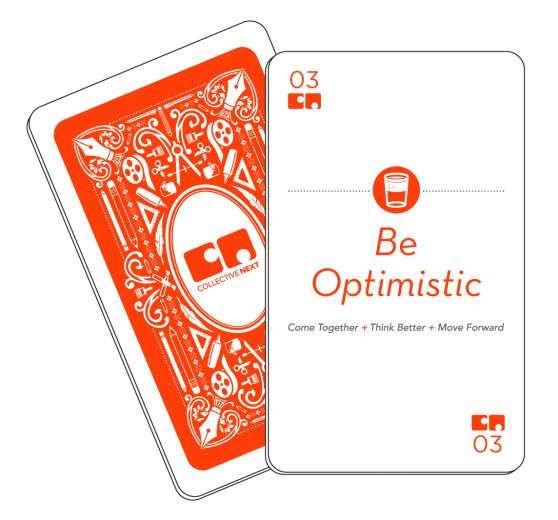 It’s easy to dismiss optimism in business. Thought leaders advise us to be wary of overoptimistic project leaders and the whole field of positive thinking is ripe for criticism and backlash. Fair enough. It can be just as annoying working alongside Pollyanna as it is collaborating with Cassandra, even if they turn out to be right.

Optimism is essential. What entrepreneur, what innovator, would get out of bed in the morning if he or she didn’t think success was possible and desirable? Pessimism can be a motivator in some instances — it’s been shown to reduce anxiety — but you can’t always count on negativity to pull you through.

It’s remarkably easy to get pessimistic. Products and businesses fail every day. For many, pessimism serves as a go-to defense mechanism; it gives you distance from the outcome you’re hoping for so it protects you against failure. It may also protect you against success, too, by preventing you from giving your all. Who’s going to go the extra mile if he or she is preparing for defeat?

Most of my career I’ve been a journalist. Journalism is a profession stuffed with pessimists (even before the financial foundation for publishing began to crack). The self-deprecating humor that comes from pessimism protected us, we thought, from feeling worse when the next round of layoffs or next revision of business model came along. We were wrong. It still hurt. It really hurt. All the effort we put into pessimism and self-deprecation created a mask. We still cared, very much, but we didn’t want anyone to see it.

One of the best pieces of advice I got from a colleague, one I needed to hear but took a long time to truly understand (and still need to be reminded from time to time), was to “default to earnestness.” If you make jokes about failing, you’re more likely to fail. You probably won’t be as funny as you think you are, either. I know I wasn’t. Fear of failing is unavoidable for reasonable people, but expectation of failure (and, even worse, public expression of that expectation of failure) simply gets in the way of getting the work done.

I’m not suggesting empty-headed Pollyanna-style behavior; I’m suggesting that being optimistic even though you’re quite familiar with the prospects of faiure makes the work more fun, makes working with you more fun, and puts you in a mindset more compatible with success. In the end, it’s more trouble to be negative than positive. Why make trouble for yourself? Why not be optimistic and make it easier on yourself and those around you?